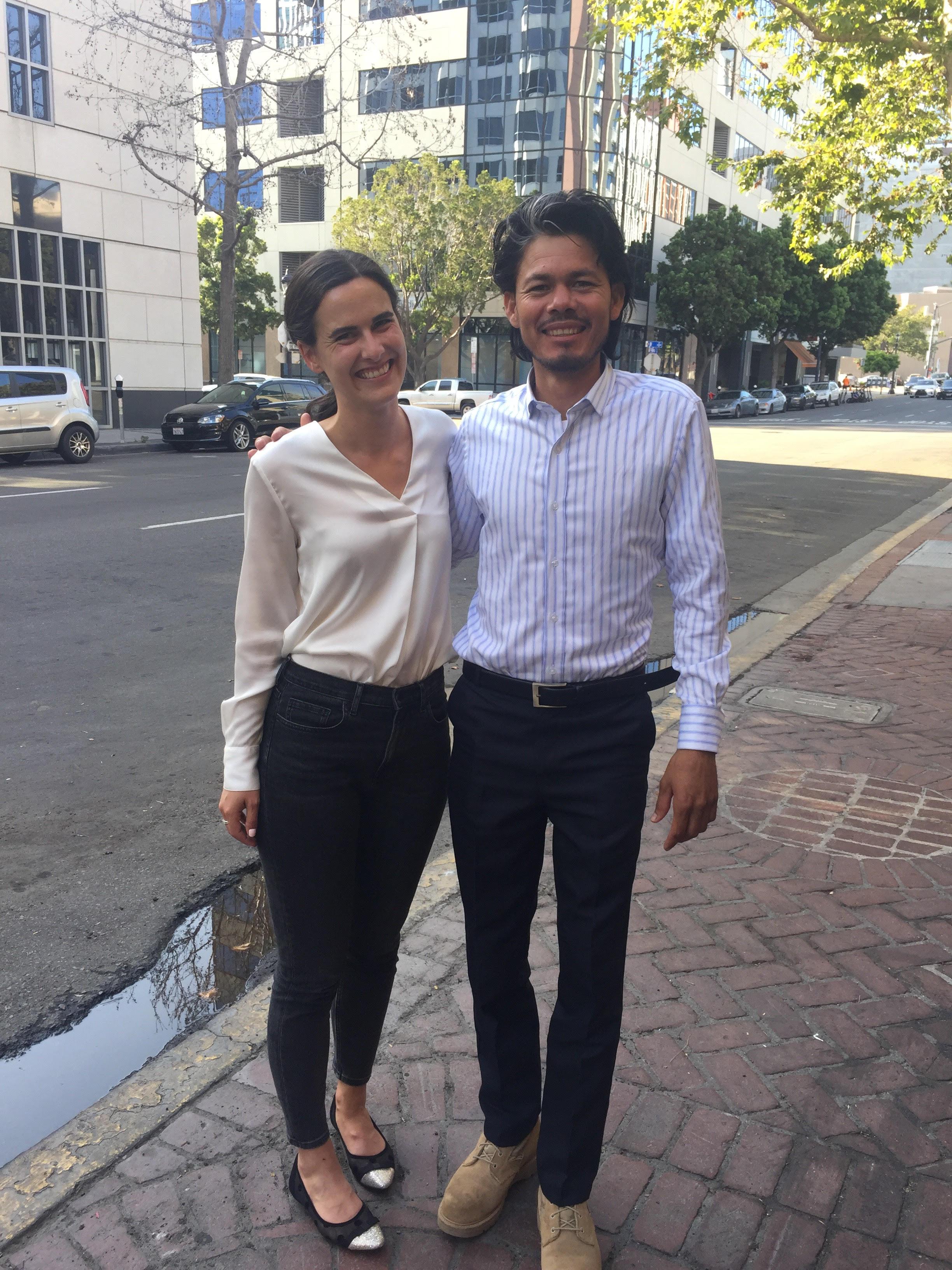 SAN DIEGO, CA — Alec, the first refugee granted asylum after being forced to remain in Mexico under the “Migrant Protection Protocols”, was released from the San Ysidro Port of Entry into the United States, thanks to the support and advocacy from organizations such as Human Rights First and Alliance San Diego, as well as local faith leaders.

Alec was granted asylum on Tuesday based on his status as a persecuted Evangelical Christian faith leader in Honduras, but was threatened with return to Mexico as the U.S. government decided whether to appeal his grant of asylum. Alec plans to stay in San Diego for a few days before reuniting with family members in a different state.

According to news reports, from June to January of 2019, there were more than 12,900 Remain in Mexico cases pending with just 1,155 decided. Of those decided, only 14 of them had legal representation, or just about 1 percent.

“We are delighted that Alec will not have to spend another night in a cold cell after having been granted asylum by an immigration judge. But Alec never should have been subjected to this cruel and illegal policy—one that knowingly sends refugees to danger, where they face kidnappers, traffickers, murder, and rape. This is cruelty for the sake of cruelty, and it needs to end now.

Luckily justice prevailed in Alec’s case. But 99 percent of the thousands of refugees forced to remain in Mexico have zero legal representation, meaning they face the task of navigating the complex asylum process all while fearing for their safety and the safety of their loved ones. The Trump Administration’s campaign to demonize and dehumanize refugees will cost people their lives.”

“Today was a test to see how the government would respond to a judge’s order granting asylum to Alec, one of the Central American refugees demonized and dehumanized by the current administration. We are relieved that the government has released Alec into San Diego where community members will welcome him and provide him some respite after a harrowing year of navigating this administration’s hostile asylum process.

The so-called Migrant Protection Protocols and Remain in Mexico programs are fundamentally flawed and further endanger asylum seekers fleeing for their lives by expelling them to Mexico, a country not their own, to await their court hearings. We need a new vision for responsible and humane border governance that prioritizes the protection of life and processes migrants with dignity in a timely way that increases, not decreases their safety. As a receiving community, San Diegans will continue to act from love, not hate, to support the human treatment of migrants.”