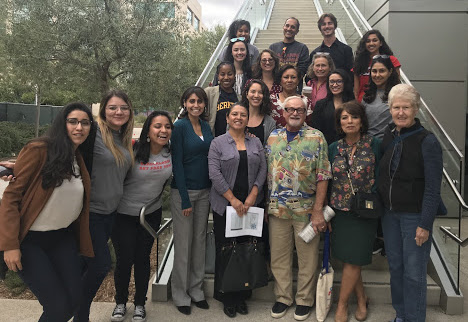 More than 30 community members attended a community forum hosted by the San Diego County Board of Supervisors this week to urge the San Diego Sheriff Department to stop working with immigration officials.

The San Diego Immigrant Rights Consortium (SDIRC), a project of Alliance San Diego, has expressed deep concerns about how the Sheriff has consistently undermined SB 54, a state law that limits cooperation between law enforcement agencies and immigration officials. The Sheriff department has used border patrol agents as interpreters, violated mandatory transfer reporting and not complied with other mandatory reporting, among other things, undermining community trust and making everybody less safe.  Follow SDIRC on Facebook and Twitter for more as this story develops.