Alliance San Diego is an organization founded out of discontent. The discontent of knowing that the promise of this country — that all people are endowed with the inalienable right to life, liberty, and the pursuit of happiness — is impeded by the structural inequities and systemic racism that have marred this country from the beginning and are on full display today.

At Alliance San Diego, we envision a better future and are working towards it. A future where all people can achieve their full potential in an environment of harmony, safety, equality and justice. To get there, we are empowering diverse communities (and especially communities of color) to engage effectively in the civic process. Together we are raising our voices and taking action to affirm Black lives and protect other lives in danger.

I'll be honest, these last few months have been difficult enough with a global pandemic and economic crisis, but last week really hit many of us hard, with new atrocities reminding us of old ones, some still unresolved. Hope feels more tenuous, but it's still there.

May 31st marked the 10th anniversary of the death of Anastasio Hernandez Rojas, a longtime resident of San Diego who was brutally killed by border agents in 2010. The similarities between Anastasio's killing and George Floyd's killing are striking. Both were stopped by law enforcement, forced to lay face-down, prone on the ground, with an officer placing his weight on top of them, suffocating them, while they fought for air and cried for help, all while other officers stood by and did nothing as they took their last breath.

In both cases, it took bystander video and public outrage for the justice system to take any action towards accountability. In the case of Anastasio, that ultimately led to an FBI investigation that went nowhere — no prosecution and no admonishment of the people involved. The agents not only kept their jobs, but were promoted to the highest levels of government. That is why Alliance San Diego, in partnership with UC Berkeley's International Human Rights Law Clinic, are now representing the family before the Inter American Commission on Human Rights, an international tribunal, charging that the system of justice in the United States has failed. It failed Anastasio, just as it failed so many others.

I hope the outcome in George's case is different, but I know the odds. They're not good. For centuries, our government has given law enforcement officials a pass, deeming the killing of black and brown men (and women) "reasonable." But there is nothing reasonable about it. Until and unless we build the power together to enforce police accountability and change the standard for use of force to the international human rights standard of "necessary and proportionate," communities of color will be at risk, subject to the historic white-normed standard of reasonableness. California took a big step last year to change the standard to "necessary," but the legislature, under pressure from law enforcement, was not willing to go all the way to include "proportionate." We must press for the full standard and press for full accountability.

Will we hold our breath in this moment only to lose it in a return to a suffocating past or will we exhale into a new and better future where all of us can truly breathe. Breathe freedom, breathe opportunity, breathe justice. It will be up to all of us to set the course.

Alliance San Diego stands ready to shape a better future. We thank you for standing with us at this critical juncture in the fight for our lives. 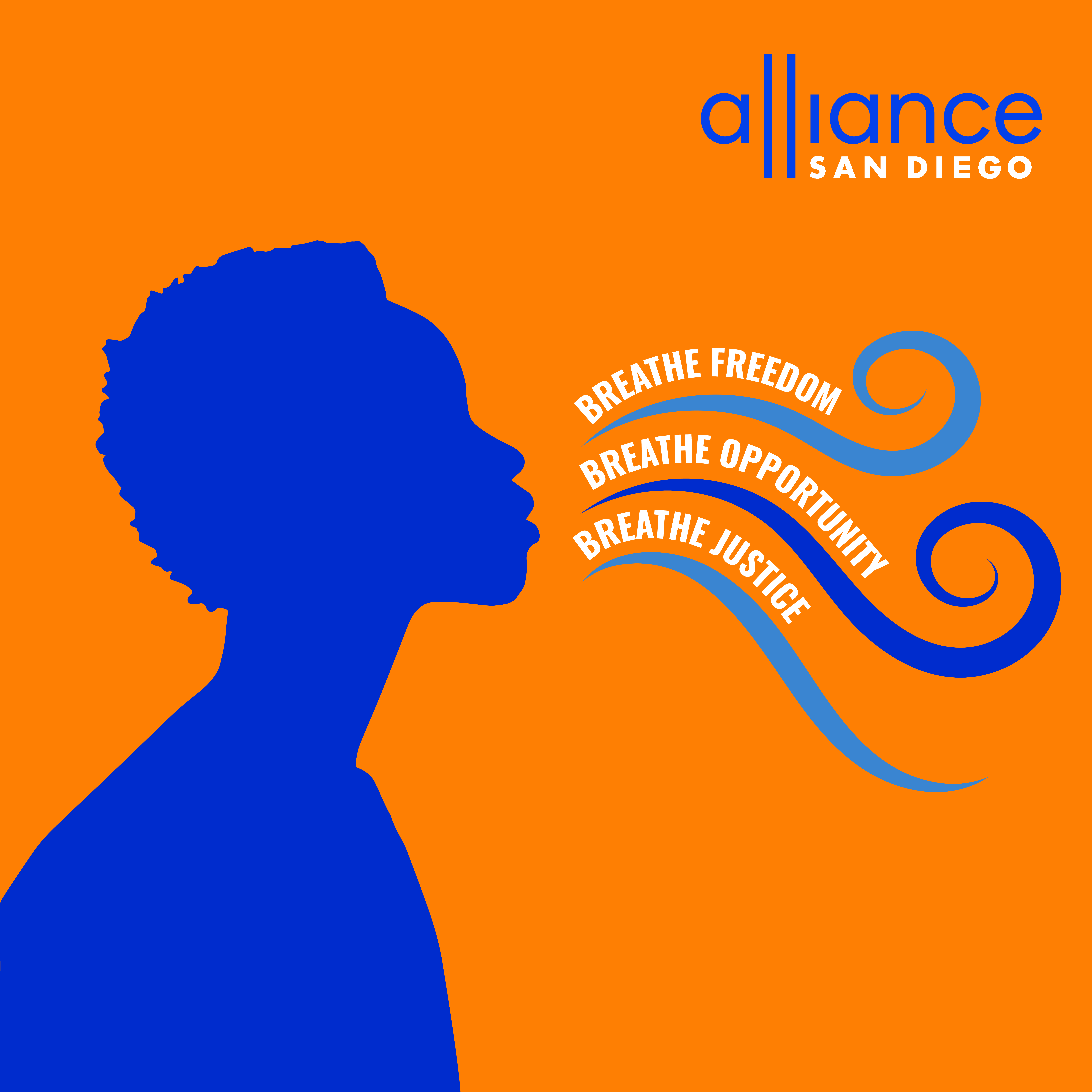