by Alliance San Diego
5sc
on 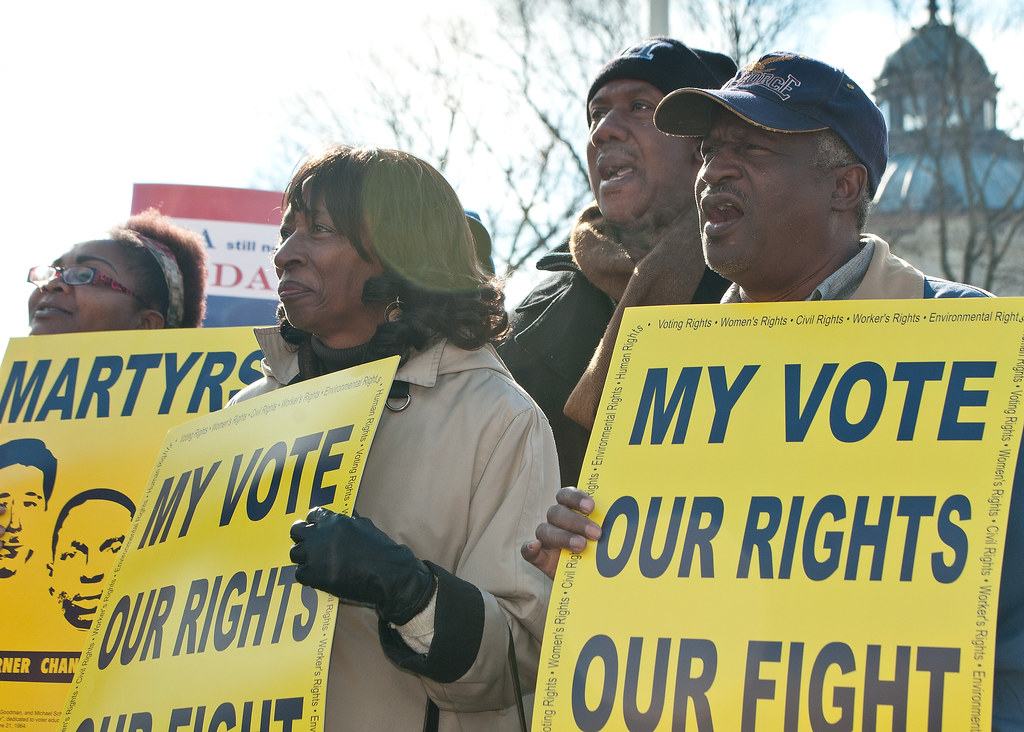 I came of age in the civil rights era, and the fight for voting rights had a profound effect on me. That fight was a turning point for the Mexican-American community I grew up in, as it was for Black Americans and other communities of color who had been pushed out of the voting booths and marginalized in our democracy. It was a fight about belonging and also about fairness, and we won. Or so I thought.

The year 2020 proved otherwise, both nationally and locally, reminding us that politicians are still capable of manipulating elections and violating the rights of voters. At the national level, the former president and his congressional followers attempted to up-end the presidential election by interfering with the vote certification process. The Supreme Court was asked to review, and denied the attempts to alter the outcome.

So, too, at the local level, members of the San Diego City Council intervened in the vote certification process to avoid having to declare an outcome decided by voters. They broke the trust of voters and that is why I joined with other community members and with the voting rights organization, Alliance San Diego, to challenge the election manipulation in San Diego. This Friday, on March 4th, a court will hear our claim.

What’s at issue in our case in San Diego? Instead of accepting the certified results of the election from the city clerk — the only official under California law with the power to certify them — councilmembers altered them. They struck the language that stated that Measure C (a special tax and bond measure to expand the convention center) was defeated. They removed language that read, “This measure required a two-thirds vote for approval. Measure C did not receive the affirmative vote of at least two-thirds of the qualified voters voting on the measure and is hereby declared to have been defeated.” Once removed, there was no defeat.

More than a year after the election, thirteen months after voters had cast their ballots, the councilmembers declared Measure C as having passed, even though it had fallen short of the votes needed according to the ballot materials provided by City Council to the voters prior to the election. In other words, long after the race was run, politicians moved the finish line to get the outcome they wanted.

This sets a dangerous precedent for election manipulation. For the record, the City Council’s duty after an election is to accept the certified results — not amend them — and declare an outcome by the deadline set in the California Election Code.  Specifically, section 10263(b) of the code states that, "For a consolidated election, the governing body shall meet ... no later than the next regularly scheduled city council meeting following presentation of the 28-day canvass of the returns, or at a special meeting called for this purpose, to declare the results of the election.”

That is not what the San Diego City Council did. They not only changed the results, but also waited a year past the statutory deadline to declare an outcome that was different from the original certified results. They had no authority to do this. Back in the day such an action would be called a “movida.”

Why did they do this? Because they appear to be hoping for a change in the law on special taxes that would favor a different electoral outcome. It is disputable whether that change ever came for Measure C, which was both a special tax and bond measure, but that is not relevant to the sin committed by the City Council. In order to buy time, councilmembers ignored their ministerial duties and grabbed power that they did not have to hold open the election outcome until a date they chose more than a year later to end the race. If this power grab is allowed to stand, there is nothing to stop them from waiting indefinitely to control the electoral outcome.

Why does this matter? This kind of election manipulation is what the civil rights movement sought to overcome. We fought to protect the peoples’ right to decide elections without interference and without foul play. In a democracy, it is the people who should decide elections. Not politicians. We cannot expect voters to trust the electoral process if there is no integrity to elections. Integrity is all about following the agreed upon rules, not bending them.

Elections are exciting and there can be many surprises, but the rules should never be a surprise. That’s how we honor and protect the voters, by letting them decide fair and square. On Friday, March 4th, a judge will determine if he agrees.