A ‘Dreamer’s’ Journey To Mexico and Back 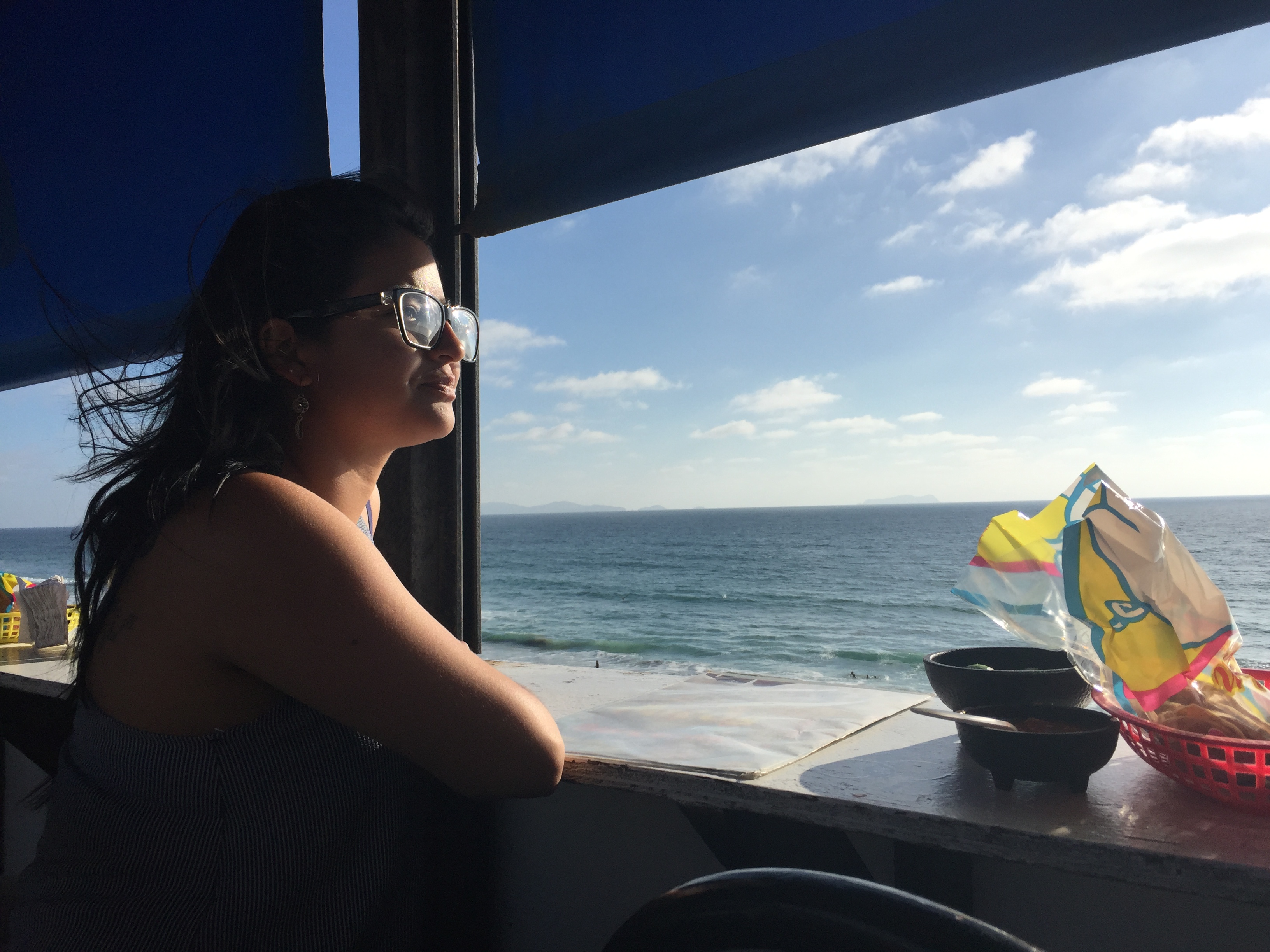 I woke up on a recent Wednesday morning with my stomach in knots. The day for my trip to Tijuana, Mexico had come. As a border resident and DACA recipient, I would have never dared to get so close to the border with Mexico.

But here I was, riding inside a car, making my way to Mexico, a country I have not seen since I was 5 years old. My heart skipped a beat when we drove past that last US exit. We kept driving. We made it to a checkpoint, and a sign that read “BIENVENIDOS A MEXICO.”

See video of her emotional journey to Mexico here:

As we made our way through the colonias in Tijuana, I realized that I was disconnected from the place that saw me breathe for the first time. All of the sounds and sights were new to me. My vague memories as a child did no justice to what I was seeing now.

The first stop was to get tacos. My whole life in San Diego I have repeatedly heard that there’s nothing like TJ tacos, and they were right. The food in Tijuana was amazing, from the first tacos to the last chilaquiles I had on my trip, I was reminded how amazing Mexican cuisine is.

After my first meal in Tijuana, we made our way to meet with Unified Deported Veterans. Here I found another group displaced by a broken immigration system. I still cannot fully understand how these men and women who served our country ended up deported, only allowed to return in death. It is shameful that there is no policy in place to protect the men and women who serve their country. Now these men find themselves in a country that is in many cases foreign to them.

My next meeting was with a group called Espacio Migrante. It was a relief for me to find out that there are organizations on the other side of the border that help those that have been deported. I realized that while I prepare and inform the immigrant community in San Diego on their rights, I knew little about what happens to those who are deported.

My last meeting for the day was with the Dreamer Mom’s and another group of deported veterans. I remember feeling a sense of community when in this meeting, the mothers (deported mothers of US citizens or DACA recipients) shared their stories, and I felt connected to their community. I saw the mother warrior spirit that I see in my mother. I was blessed to have a warrior as a mother that fought for my future, just as these women were doing. When I finally got to my friend’s house for the night, I could not even begin to process everything that had just happened.

During my stay in Tijuana, I attended the Second International Seminar on Migration and Public Policy at El Colegio de la Frontera Norte (COLEF), a think tank. The conference was rich in information coming from professors on both sides of the border, Mexican officials and Dreamers themselves. I learned about myself through their experiences and the dialogue. Many of their experiences were similar to mine.

Before this trip, I did not have a strong connection to Mexico. I had vague memories of my country and I had a vague sense of what life was really like. I resonated with the Dreamers when they talked about going through an identity crisis.

Many times it is hard for me to describe who I am, when I felt like I did not belong to one or another culture. This conference allowed me to see my worth in the movement in the US. As Dreamers, we were given an opportunity to be agents of change. I saw the change in my fellow Dreamers as they spoke about their experiences, and I felt the change in myself as I lived out my own experience.

My cousin, who had been raised in San Diego right by my side, came to Tijuana to visit me from Mexico City. He brought his two children whom I had not met. It was then that I saw how time had passed.

It was close to a decade since I had seen my cousin, and I was reminded that this was not my choice. It was not my choice to miss the birth and growth of my nephews. I am grateful however to have had the opportunity to see him again, to talk to him again, and to witness the adorableness of my nephews. That one day that I got to spend time with my family meant this whole trip was worthwhile.

As the trip came to a close, I took a hard look at myself and while I am still processing the entire trip and experience, I know I have changed. I have gained a new perspective about myself and my career and I brought this back with me to San Diego.

There is a battle coming our way. We Dreamers must stand together now more than ever to defend a program that has changed the lives of so many people, including my own.

Itzel is an immigrant integration manager at Alliance San Diego