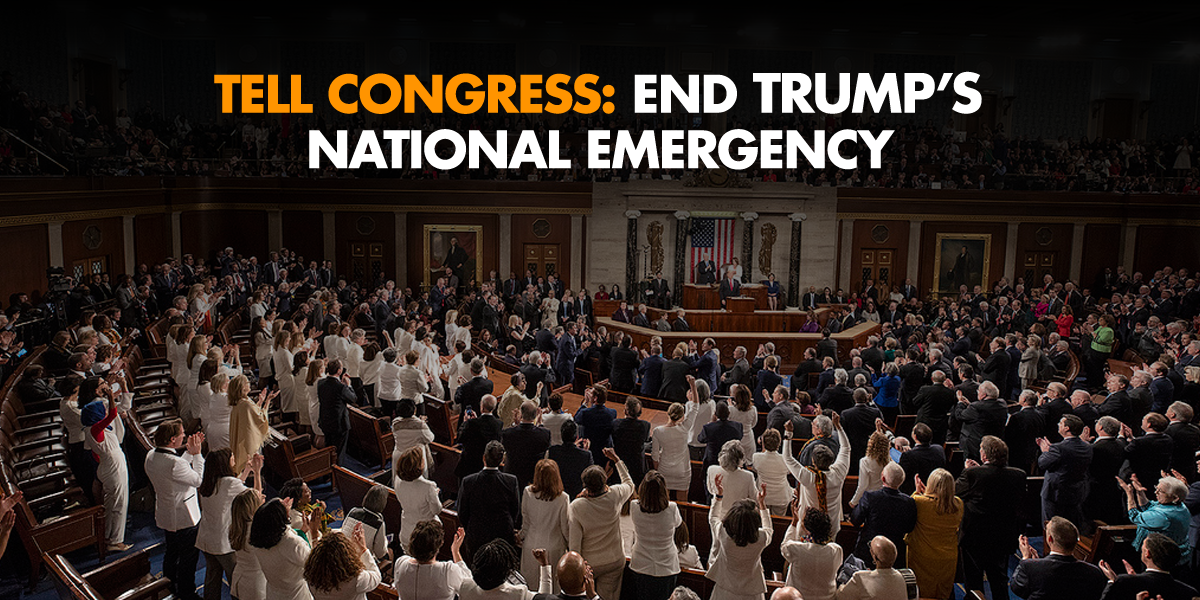 On February 15, 2019, Trump abused his powers as president by declaring a false national emergency in a cash grab to fund his vanity border wall and more border militarization, even though Congress denied him his full funding. This is an egregious and possibly illegal step that again demonstrates this administration’s disregard for the checks and balances that are integral to our democracy!

Congress has the authority to end Trump’s fake national emergency and protect our democracy!

Sign the petition to tell Congress to put a check on Trump’s dangerous abuse of power and end his fake National Emergency declaration!