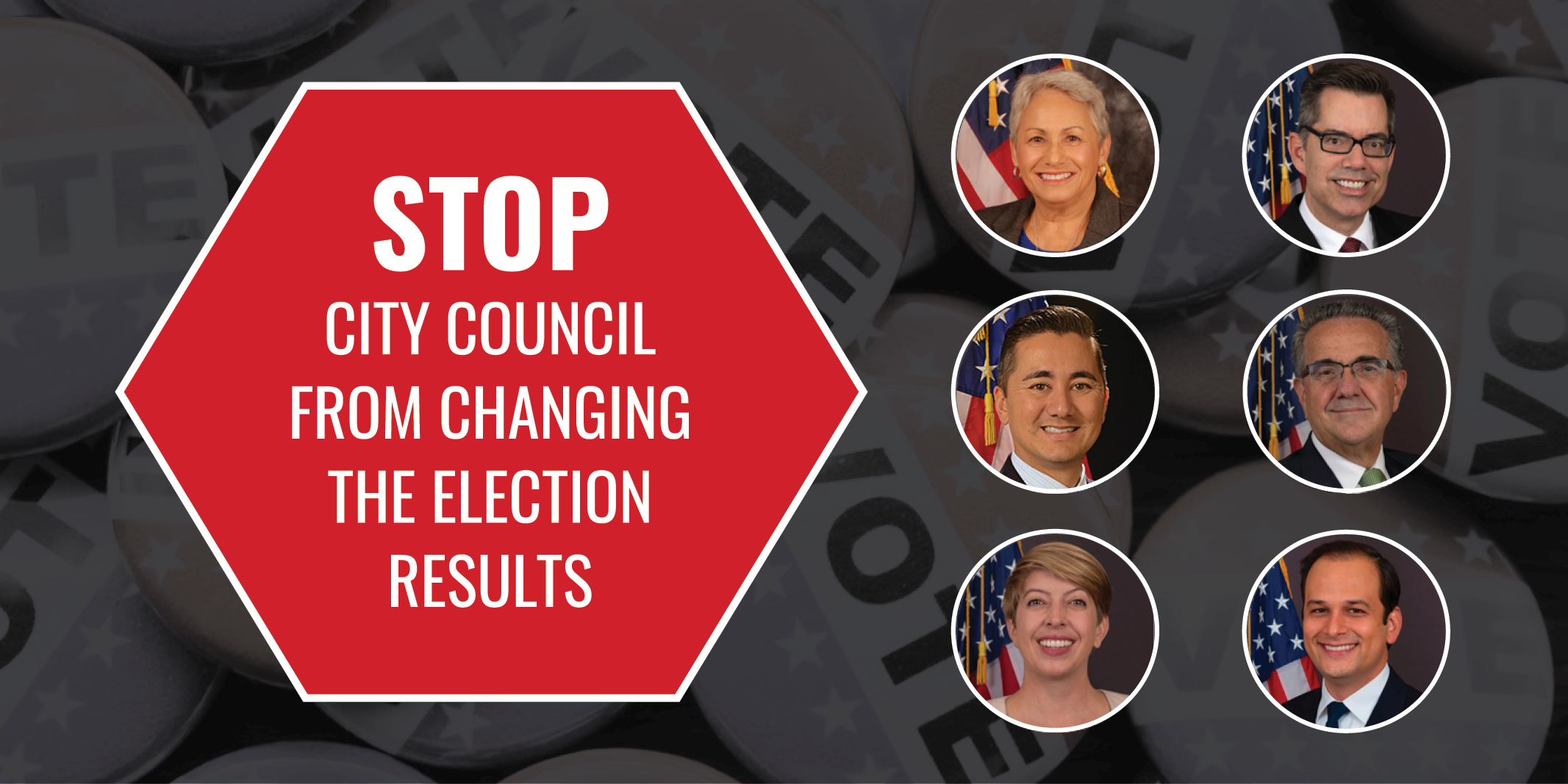 Voter manipulation cases are springing up across the country, and now it’s happening here. The San Diego City Council is trying to change the election results.

It’s up to us to stop them.

Some council members don’t like the decision that voters made in the March 2020 election, so in April 2021 they changed the results. Does that seem fair to you?

Over a year ago in March 2020, voters in the City of San Diego decided the fate of a local ballot measure and defeated it. The City Clerk—the sole person at the city with the authority to certify the election—declared the results of the election, stating the number of votes for and against the ballot measure and certifying that the measure fell short of the votes needed to win. 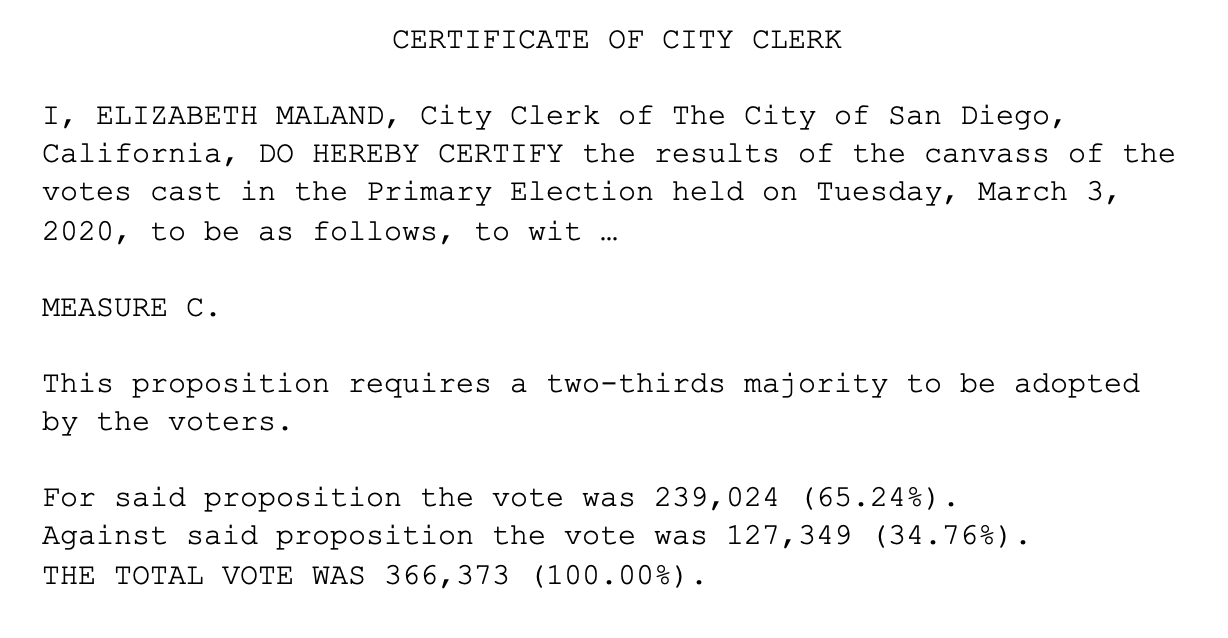 On April 6, 2021, more than a year after the election results were certified, six of the nine council members — Jennifer Campbell, Chris Cate, Stephen Whitburn, Marni Von Wilpert, Joe LaCava, Raul Campillo — asserted power they did not have to change the election results to get the outcome they wanted. Usurping the power to decide elections—a power reserved to the voters—they voted to change the results by approving the following resolution:

They said the measure needed less votes to pass than what the San Diego City Council had told voters before the election and what the City Clerk certified in the results. They moved the finish line long after the race had been run. And they overrode the decision of voters.

This action is unprecedented and dangerous — if the City Council gets away with this now, they will do it again, and voters’ decisions will always be at risk. This puts our democracy at risk.

This is a case of voter manipulation, pure and simple, and it must be stopped. It’s not too late to reverse the City Council’s action and respect the decision made by voters.

SIGN THE PETITION TO TELL THE CITY COUNCIL THAT VOTERS DECIDE ELECTIONS, NOT POLITICIANS.