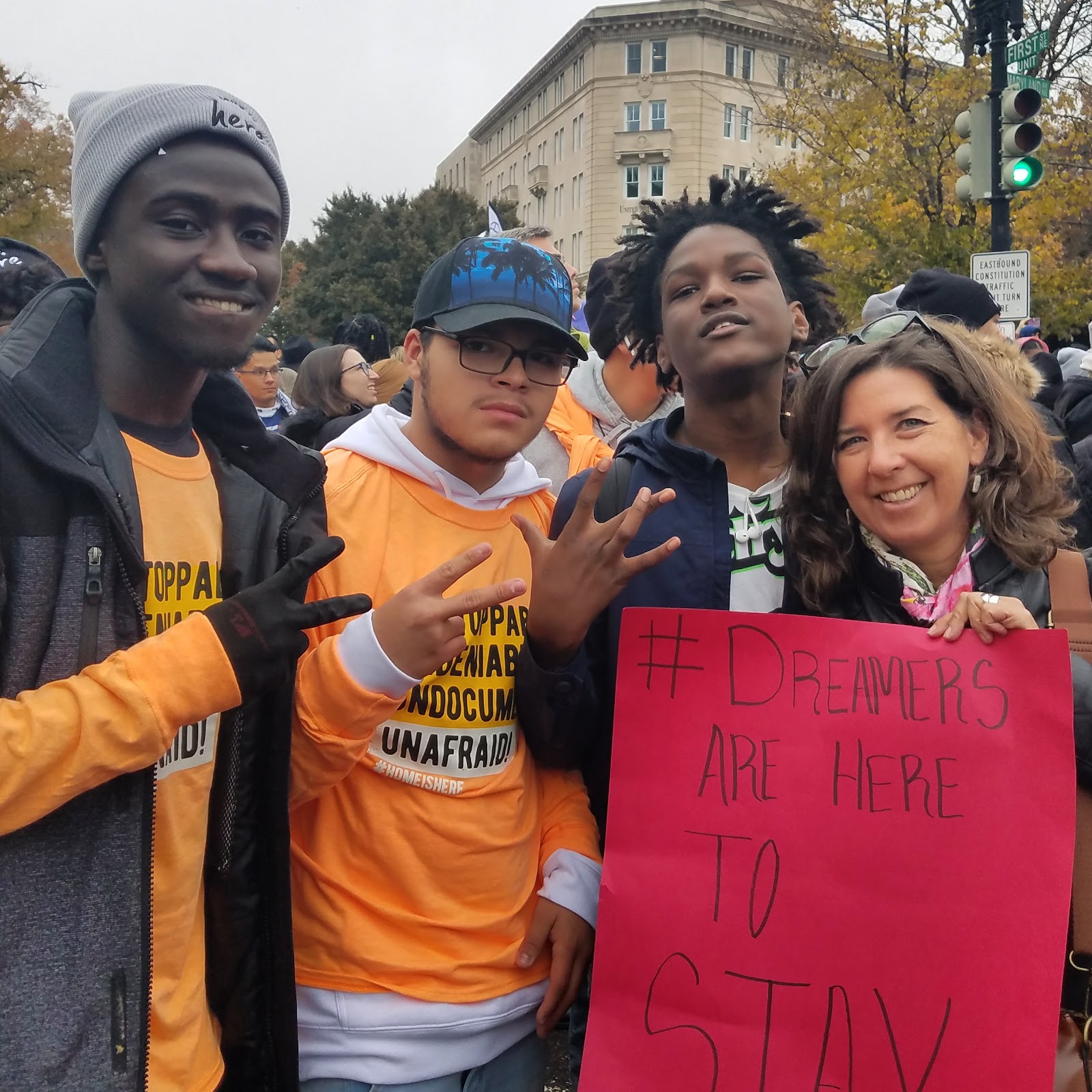 Alliance San Diego was in DC last week with our partners from the Southern Border Communities Coalition (SBCC). It was a critical time to be in our nation’s capital as the Supreme Court took up DACA and the cross-border shooting of Sergio Adrian Guereca Hernandez.

We were there to make sure border communities like San Diego are not forsaken, especially as Congress rushes to avoid another government shutdown as part of the budget negotiations, with more border militarization money on the line. We also shared with legislators this poll from the southern border, showing that the majority of people who live in the four Southwest states disapprove of Trump’s border policies, and are yearning for a better approach to border governance. Back here at home, our immigrant integration manager Itzel Maganda Chavez gave her reaction on DACA while local Border Dreamer Irving Hernandez, who was with us in DC, called in to the newscast from the steps of the Supreme Court. All in all, we are proud to represent border residents to ensure that our government is accountable and that not one more penny is spent further militarizing our communities.