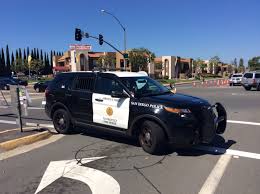 San Diego is launching a national search for the city’s next police chief, who will replace Chief Shelley Zimmerman when she retires in March.

The new chief will take over a department struggling with a chronic shortage of officers and wrestling with concerns about racial profiling and tension between police and residents of ethnically diverse neighborhoods south of Interstate 8.

The city, however, will also consider internal candidates to replace Zimmerman, who must retire in March because she’s reached the five-year limit of the deferred retirement program she joined in 2013.