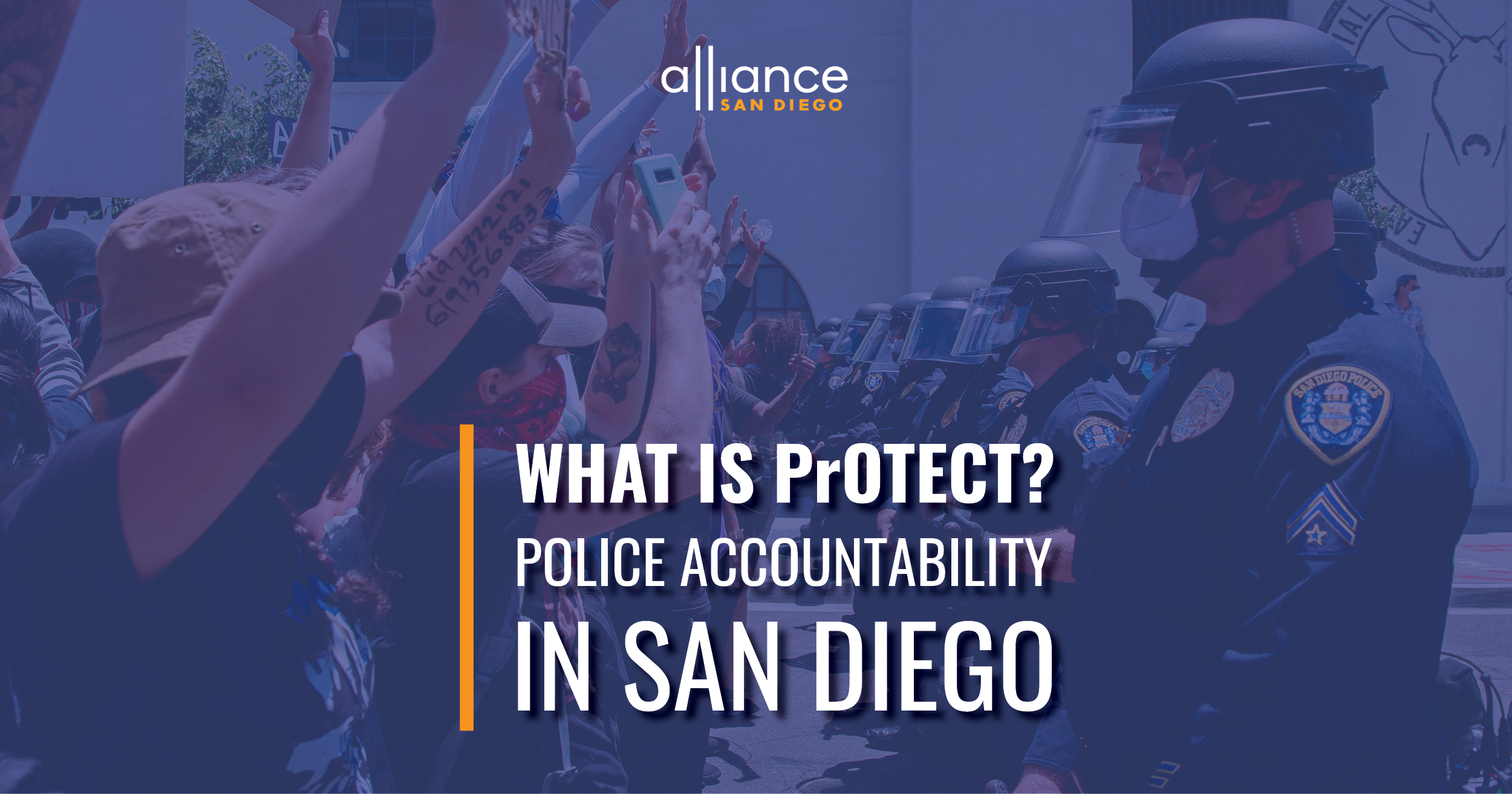 It starts with a pretext stop.

In San Diego, law enforcement officers can stop a motorist if the officer has reasonable suspicion to make the stop. Not only does this legal standard give police officers broad authority to stop anyone they think might be committing a crime, but it gives opportunity for officers to unfairly target our communities, especially Black and brown communities.

During the PrOTECT Our Communities Townhall, community members shared their experiences with being racially profiled by San Diego Police Department (SDPD) officers. Malcolme Morgan described a night when he was placed in a police vehicle and questioned for sleeping in his car. The car was parked right outside his mother’s house. That’s not a crime. Countless community members have lived experiences with racial profiling and there’s data to prove it.

Commissioned by the ACLU of San Diego and Imperial Counties, the Evaluating Policing in San Diego report confirmed that the SDPD stops Black people at higher rates compared to any other group; is 81% more likely to search people perceived to have mental disabilities; and is 22% more likely to search people perceived as LGBTQ and 54% more likely to arrest them without a warrant. It’s clear that SDPD disproportionately targets communities of color, and these studies provide data points to our communities daily experiences with local police.

Racial bias is a problem in policing, and the San Diego City Council can take the first step to earning the trust of our communities by passing the proposed law, Preventing Overpolicing Through Equitable Community Treatment (PrOTECT). Introduced by the Coalition for Police Accountability & Transparency (CPAT), of which Alliance San Diego is a member, PrOTECT would change the legal standard from reasonable suspicion to probable cause. Additionally, PrOTECT would:

Alliance San Diego supports policies that address police violence and reduces the presence of police in our communities. We urge city councilmembers to listen to the communities they serve and pass PrOTECT. Here’s a few ways YOU can advocate for PrOTECT: