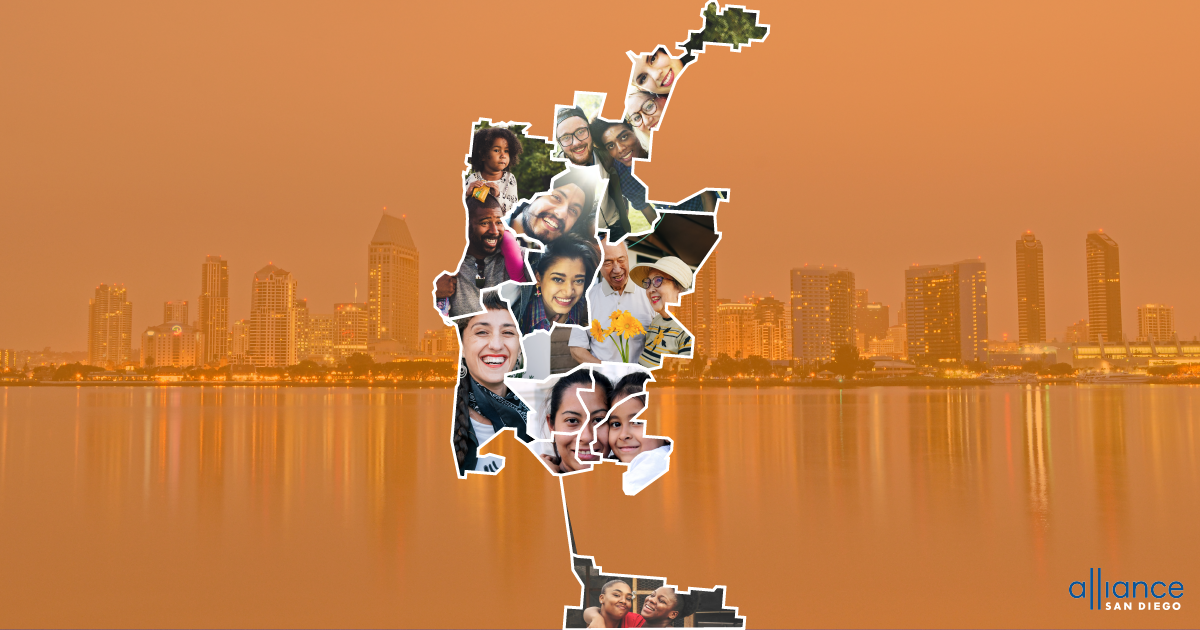 Over the last several months, Alliance San Diego has been part of several joint efforts with partners in San Diego and across the state on redistricting, the process used by governments to redraw political district boundaries every ten years after the Census.

Community participation in the once-in-a-decade process was our top priority. We assisted community members with making public comments at redistricting meetings to advocate for maps that were equal and equitable in political representation. Collectively, we had 150 unique conversations with community members in person and virtually.

Now to the results…

On the City level, our goals were to maintain the second Latinx empowerment district with a 30% or higher Latinx citizen voting age population (CVAP), create an AAPI empowerment district that is at least 40% AAPI by total population, and maximize the Black CVAP in District 4. On December 15, 2021, the City of San Diego Redistricting Commission approved the final map (see below). Changes to boundaries resulted in the creation of a strong AAPI presence from University City to Mira Mesa; and District 6 now has an AAPI population of more than 40%. 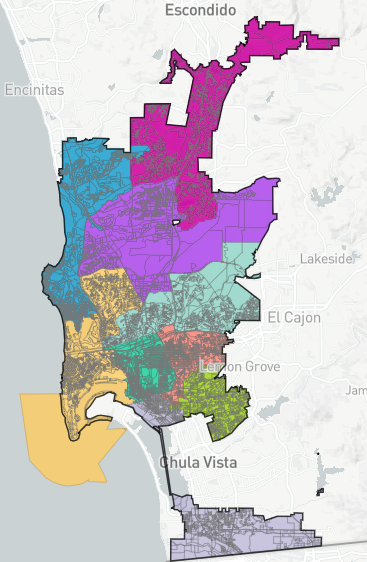 *Image of final City of San Diego boundaries, map 92973. You can listen to a full report on the City’s redistricting on KPBS.org.

On the County level, our goal was to create a strong Black, Indigenous and People of Color empowerment district that maximizes the Black CVAP and unites underrepresented immigrant and refugee communities across the county. The map outlining the new supervisorial voting districts were adopted on December 15, 2021. District 1 maintains majority Latinx with a 58.2% CVAP, and District 4 is now made up of central portions of San Diego, Lemon Grove, La Mesa, and incorporated areas of Rancho San Diego, Campo, Paradise Hills and part of Spring Valley. 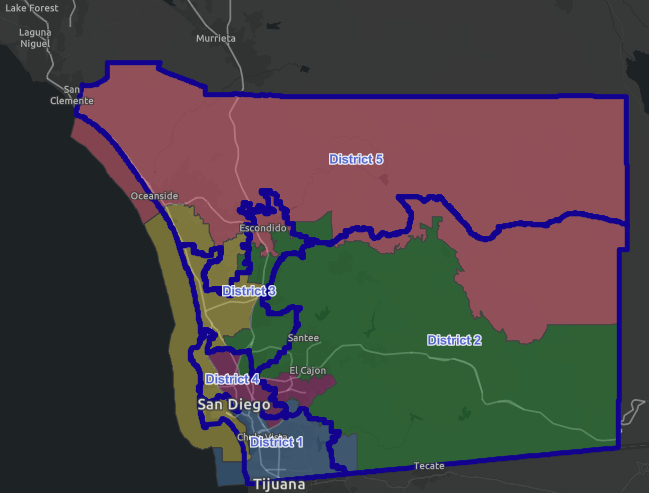 *Image of final county supervisorial voting districts. View a copy of the map and final report at www.sandiegocounty.gov.

On the state level, Alliance San Diego supported the California Black Census and Redistricting Hub to advocate for Black communities of interest in the redistricting process. In our organizing work, we assisted in educating and motivating Black communities to participate in the process, and worked to ensure that the Commission considered the feedback of the people. The California Citizens Redistricting Commission completed and approved the final map for the state’s districts on December 20, including four Board of Equalization districts, 52 Congressional districts, 40 Senatorial districts and 80 Assembly districts. View the maps here. 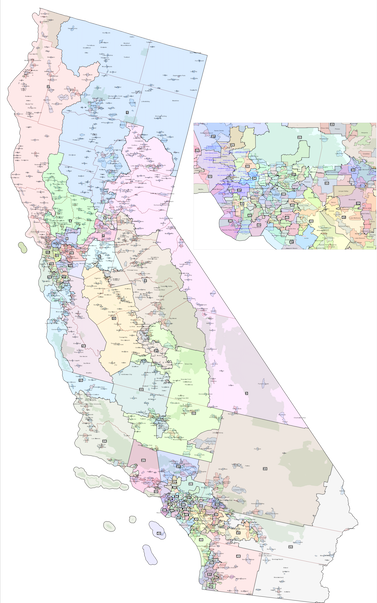 Census and redistricting have now been completed, and we want to take a moment to thank all of our supporters and partners for their tireless efforts during this process. The stories community members shared were powerful and a key to the maps we have now. While redistricting may be over, we will continue focusing on growing our collective power to create an inclusive democracy. Stay informed on our campaigns, future organizing work and more by signing up for the Alliance San Diego Newsletter.