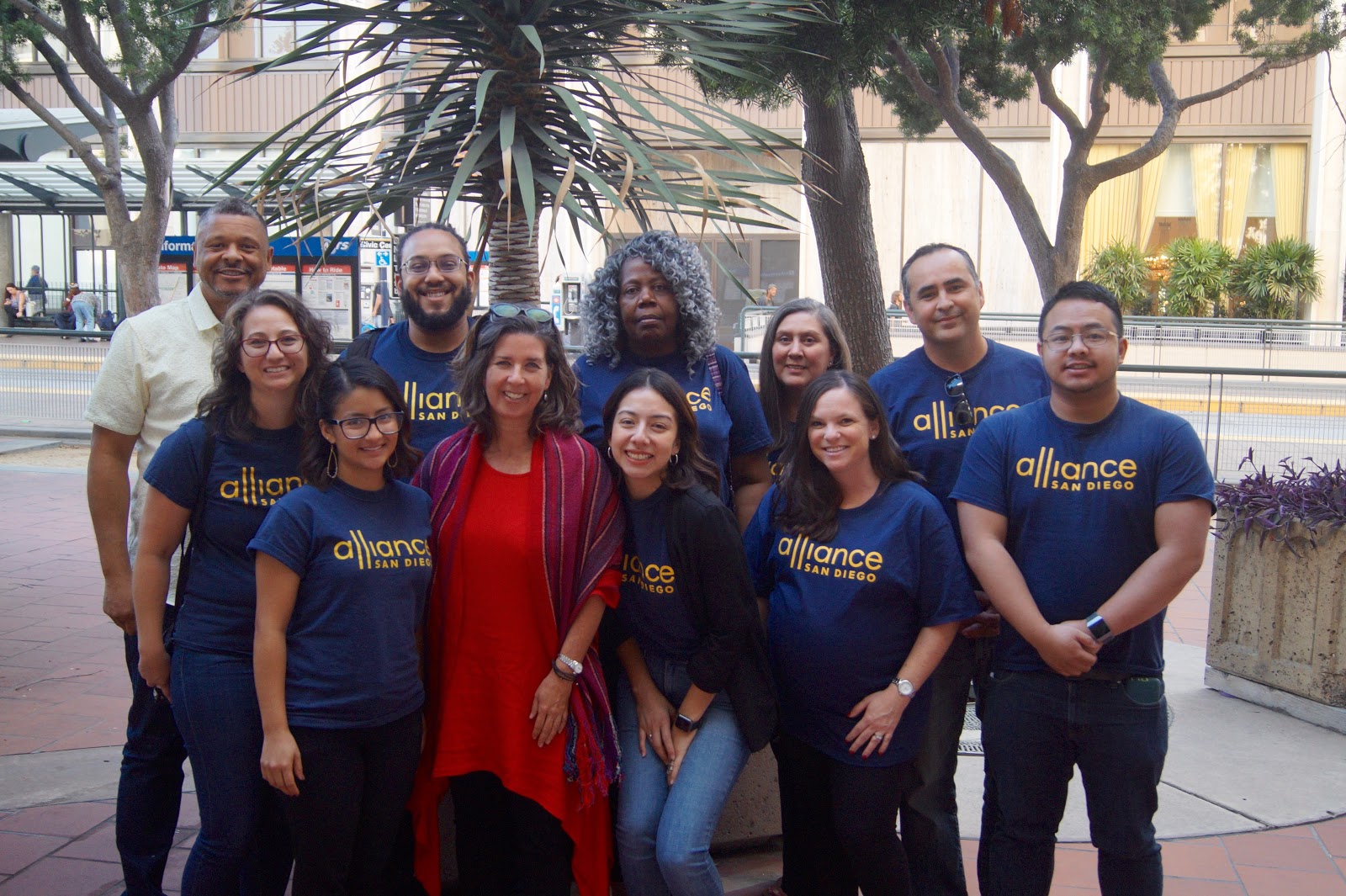 Protecting our democracy is a top priority, which is why we were out in full force at Monday’s City Council meeting (here is the transcript). At issue was whether to put the convention center measure on the March primary election in defiance of Measure L, the 2016 initiative we helped pass to ensure big decisions are made when the most people vote, which is in the November general election.

While the final vote to place the convention center measure in March is expected to take place in the next few weeks, we’ve been making the case on why it should go in November. Here’s an op-ed by our board member David Miles. Our executive director, Andrea Guerrero, wrote this piece pointing out how the morally bankrupt Geo Group —  one of the biggest for-profit prison companies in the country — is one of the backers of this measure.  The convention center initiative includes services for homelessness, which the Geo Group now offers as part of its new for-profit “continuum of care” division. Councilmembers should protect elections from undue influence and manipulation — especially from companies like the Geo Group — and honor the will of the voters. We thank Council Members Barbara Bry, Chris Ward, Monica Montgomery Ward and Vivian Moreno for standing with voters.