Artists, advocates and family members celebrate the completion of the 50-foot tall mural. 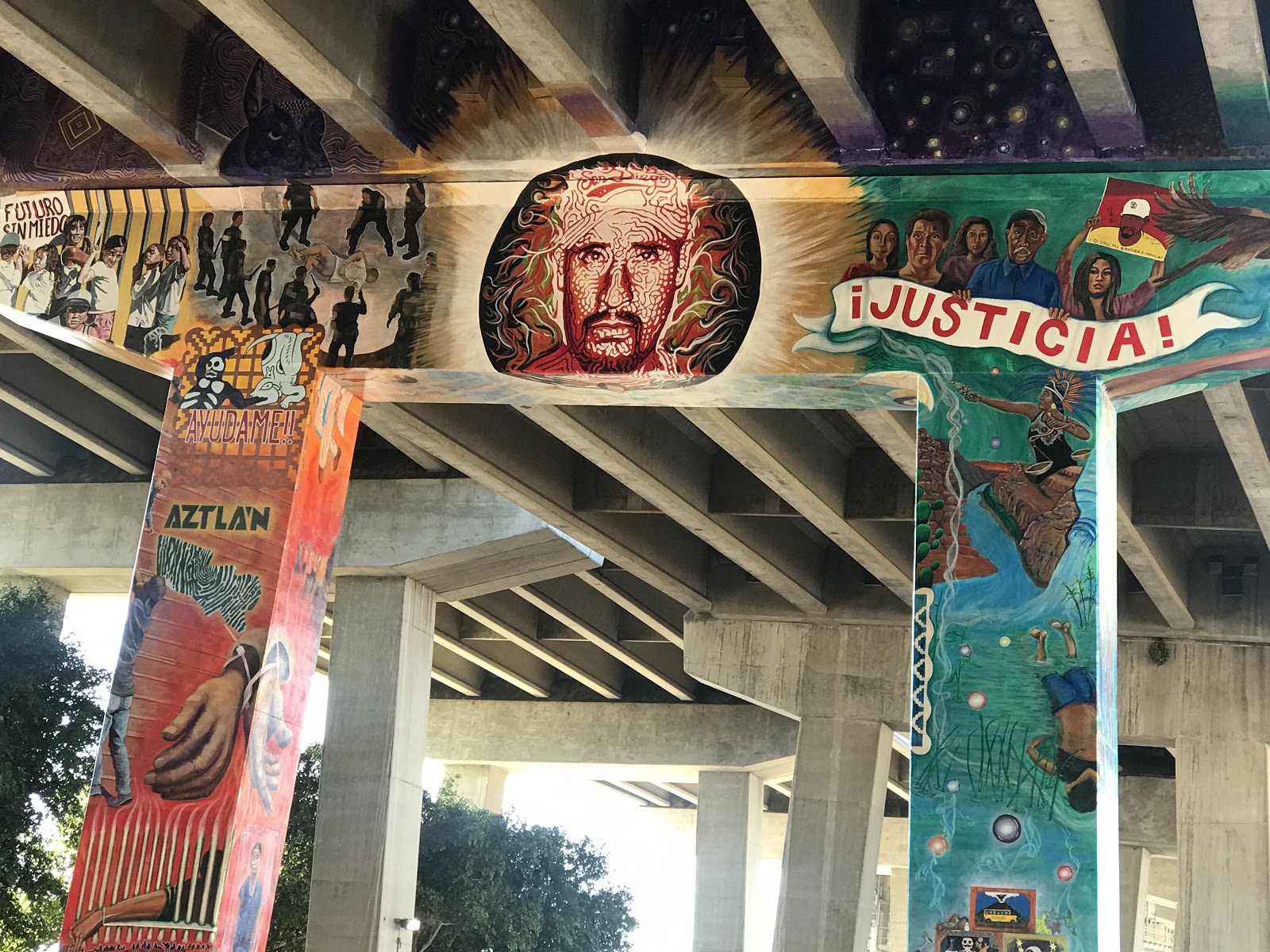 SAN DIEGO, CA — Work has now been completed on a new mega mural in Chicano Park memorializing Anastasio Hernández Rojas — a long-time San Diego resident who was brutally beaten and Tasered by border agents at the San Ysidro Port of Entry 10 years ago. He died days later at a local hospital. Despite several videos and eyewitness accounts, the agents involved were not prosecuted for Anastasio’s death, but the case has been brought before the Inter-American Commission on Human Rights. Read more about Anastasio’s case here.

The now-completed mural was painted by master muralist and activist Victor Ochoa and a team of community artists, and was sponsored by Alliance San Diego and the American Friends Service Committee. The COVID-19 pandemic delayed the painting of the 50-ft mural but work resumed in May of this year.

The two-sided mural features Anastasio at the top in an eclipse, which symbolizes the transition from life to that which lies beyond. On the other side is Maria Puga, Anastasio’s widow, and children in the center of the inverted pyramid. The pyramid represents the concept of Mictlan (the underworld). To the left are several Michoacán Monarch butterflies of migration. The mural also features portraits of children that have died in recent years while under custody of CBP or ICE. To learn more about the mural and the symbolism behind it, click here.

Artists are asking the community to make a donation to help cover the costs of painting the mural, which memorializes Anastasio as well as families who have lost loved ones at the hands of border agents, including children.

“Alliance San Diego is proud to have been a part of the creation of this mural, which tells the story of a movement for justice inspired by Anastasio Hernandez Rojas and the other victims of border patrol brutality. The mural comes at a critical moment as the Inter American Commission on Human Rights is preparing to hear Anastasio’s families claims against the United States for their failure to deliver justice. The decision in this case will have far reaching implications and we are heartened to see the fight for justice memorialized in this mural..”

“The mega mural painted in Chicano Park represents the dignified rage of those who have been harmed by the violence of a militarized border region. For too long the most vulnerable people have been pushed into dangerous situations by deadly border walls, or abused by cruel and unaccountable border agents. This mural speaks to the power of art to name injustice and act as a form of resistance against it.”

“For my family and me, this mural is a denouncement of the many abuses and killings done by the U.S. Customs and Border Protection (CBP). This mural isn’t just my husband’s story, it represents the thousands of cases of brutal injustice. If we were to paint all the names of the people who have been harmed by the CBP, we wouldn’t have enough space in all of Chicano Park to write them all.”

American Friends Service Committee is a Quaker organization devoted to service, development, and peace programs throughout the world. Our work is based on the belief in the worth of every person, and faith in the power of love to overcome violence and injustice.