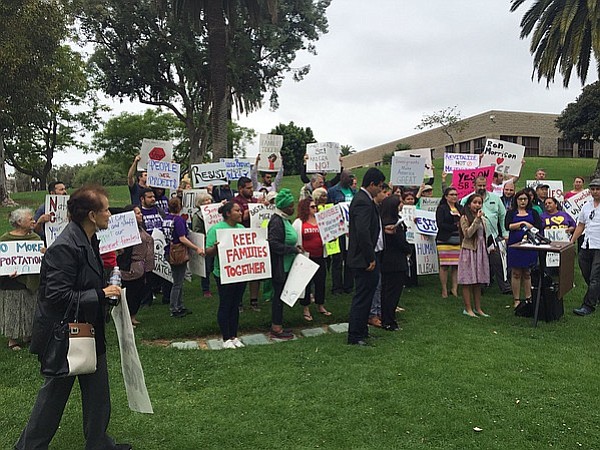 More than 50 residents of National City held a rally Tuesday asking city leaders to pass a resolution to discourage local law enforcement agencies from arresting people who are in the country illegally.

The rally for so-called "sanctuary city" status comes two weeks after a local couple, Francisco Duarte and Rosenda Perez, were detained outside their home and put in deportation proceedings. Activists at the rally also expressed solidarity with the couple and their four children who are U.S. citizens.