Martin Luther King, III, Delivers Historic Call to Conscience at the Border on 55th Anniversary of His Father’s ‘Dream’ Speech 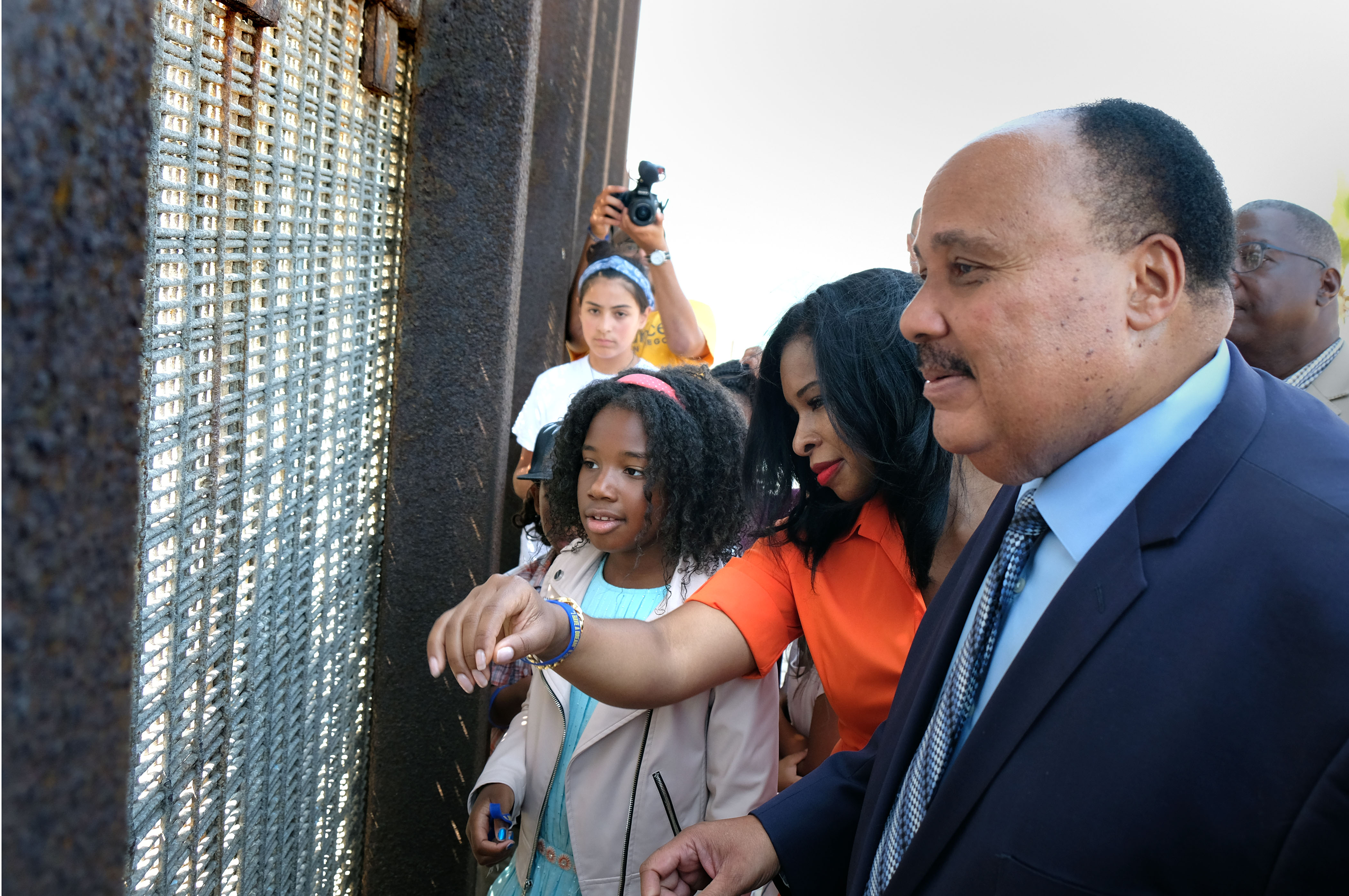 SAN DIEGO, CA -- Martin Luther King, III, delivered a passionate speech on the 55th anniversary of his father’s “I Have a Dream” speech, where he called on the nation to “create a collective consciousness that holds the values of human dignity, liberty and civility.”

Standing in front of the border wall in an event hosted by Alliance San Diego, Mr. King rejected the “unfair and unjust treatment of immigrant men, women and children” and called on the nation to “rise up and live out” the true meaning of his father’s Dream that all people are created equal and must be treated with dignity and respect.

“This border wall behind me has become a symbol of hate and division. It leads to the separation of children from their parents, endangers border communities and takes the lives of people in search of safety and freedom. For many, it is a symbol that represents the injustices against immigrants and border communities from San Diego, CA to Brownsville, TX, and beyond.

My father was a builder of bridges, not walls. In fact, you could say that his nonviolent leadership was all about tearing down walls — walls of racial segregation and separation, walls of discrimination and division, walls of fear and ignorance that were created to prevent the unity of people of all backgrounds.

There was no room for building walls in Martin Luther King, Jr.’s Dream. Instead, he was about building bridges — bridges of trust and understanding, bridges of mutual respect and goodwill, bridges of hope and opportunity. And that’s what we who believe in his Dream must be about today. It is about revitalization, not militarization. That is what we must do to create a great future for all of the people of North America and the world.

Towards the final days of his life, my father often turned to a theme honed in the crucible of nonviolent struggle. That theme was a call to conscience. It was a call that would create a collective consciousness that holds the values of human dignity, liberty and civility. This would be a revolution of values. That revolution would restructure the very architecture of our society. That call to conscience remains today. And, it is up to you and me to answer the call and realize his Dream.”

“The border wall was not always there. In fact, it’s only been there for 24 years. It started as a single fence that grew taller and wider, and it went deeper into the ocean, attempting to stop the very tides that connect us all.

And in the shadow of that wall, the number of federal border agents grew and grew until now, they outnumber city police. Their presence is a constant reminder that we are not free, and neither are they. We are bound to policies driven by fear and hate that have led border agents to cage children, deport parents, brutalize immigrants, and denigrate the humanity of people at and near the border. This is not how we should treat people. Not now. Not ever.

Mr. King’s visit to the border region is momentous. He is the right person, in the right place, at the right time to bring attention to the injustices that begin at the border and permeate the country. King’s visit today is a powerful statement that we are all part of the human family, deserving of dignity and respect, regardless of who we are, where we live, or where we come from. We heard Mr. King’s call to conscience and we stand ready to answer it.”