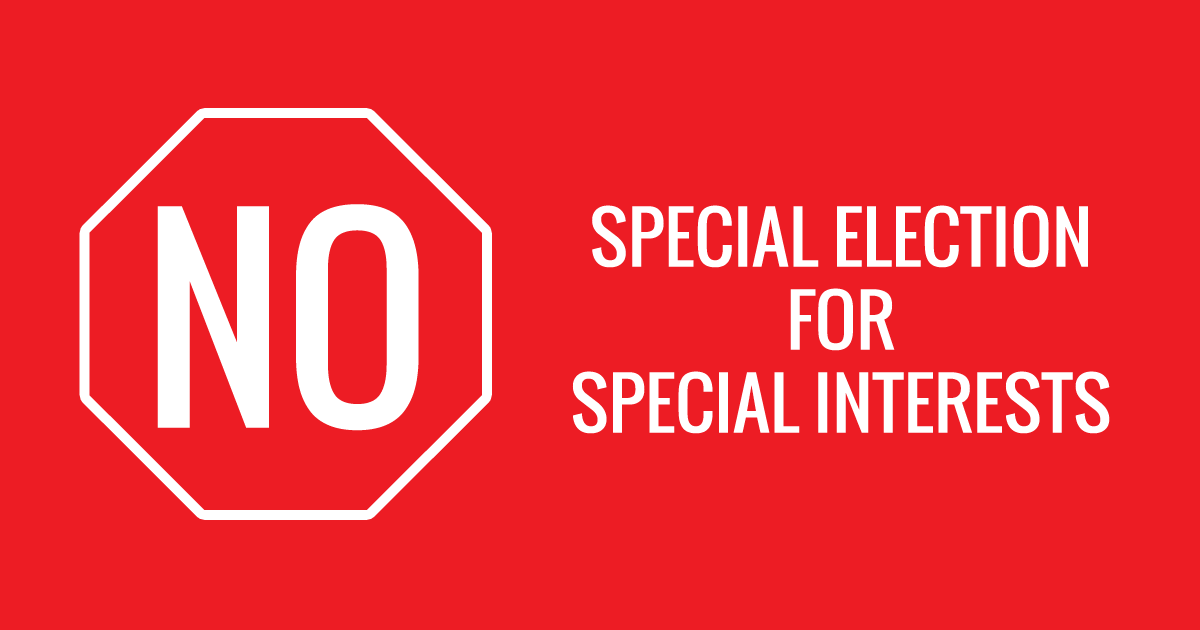 Alliance San Diego and 31 other organizations have sent a letter to San Diego’s mayor and city council urging them to honor the will of the voters and refrain from scheduling a costly special election in 2017. Voters made clear when they passed Measure L that local ballot measures should be brought in November general elections when the most people vote, not in special elections that serve special interests.

On Monday, June 5th, the city council will vote on a budget and will decide whether to include $5 million for a special election. Alliance San Diego invites you to join us at the city council meeting to make our voice heard: No Special Elections for Special Interests!

Read the letter below:

Re: Special elections following the passage of Measure L

We, the undersigned voting-rights, civil-rights, social-justice and community organizations, request that you honor the will of the voters and refrain from scheduling a special election to decide matters that can and should be decided in the general election in November 2018. This will strengthen our democracy and save the taxpayers millions of dollars.In our most recent election, two-thirds of the voters (66%) passed Measure L to limit local ballot measures to November general elections when the most people vote. A majority of the voters in every single city council district supported Measure L.

The voters agreed that it was not in the city’s best interest to decide on the big issues when the fewest people turn out; that just gives special interests more influence. According to San Diego’s retired city clerk and chief elections officer, Chuck Abdelnour, limiting ballot measures to November general elections is essential in “allowing a larger and more informed public to weigh in on issues important for all of us.”

The land-use issues facing the city are some of the biggest decisions that voters will be asked to consider. Rushing those decisions onto a costly special election does not make sense. It only undermines our democracy and spends taxpayer money unnecessarily.

Measure L recognized the need and responsibility of our elected officials to act in times of emergency, and provided an opportunity for the City Council to initiate a special election when faced with compelling circumstances. But none of the issues currently under consideration rise to such an emergency.

Calling a special election now, in the absence of compelling circumstances, would have two long-lasting and dangerous consequences. First, this City Council would risk setting a precedent for the abuse of its emergency powers. Second, the public would be deprived of the very opportunity for discussion and consideration that Measure L intended to secure.

The land-use decisions facing the city are incredibly important, but they do not constitute the special circumstances that would justify the Mayor and City Council bypassing the decision of the voters on Measure L. In fact, given that issues that would come before voters concern a broad and substantial scope of public land-use considerations, there could be no greater rationale for ensuring the full and maximum participation on these issues from the public.

The City of San Diego should not use its limited resources in a manner that is in direct opposition to the will of voters, which was overwhelmingly expressed just a few months ago. We urge you to listen to the voters and protect our limited resources. Do not schedule a costly special election. Instead, follow the clear direction of the voters and bring them decisions in the November general election, when the most people are engaged on the issues and the most people vote.

Partnership for the Advancement of New Americans (PANA)