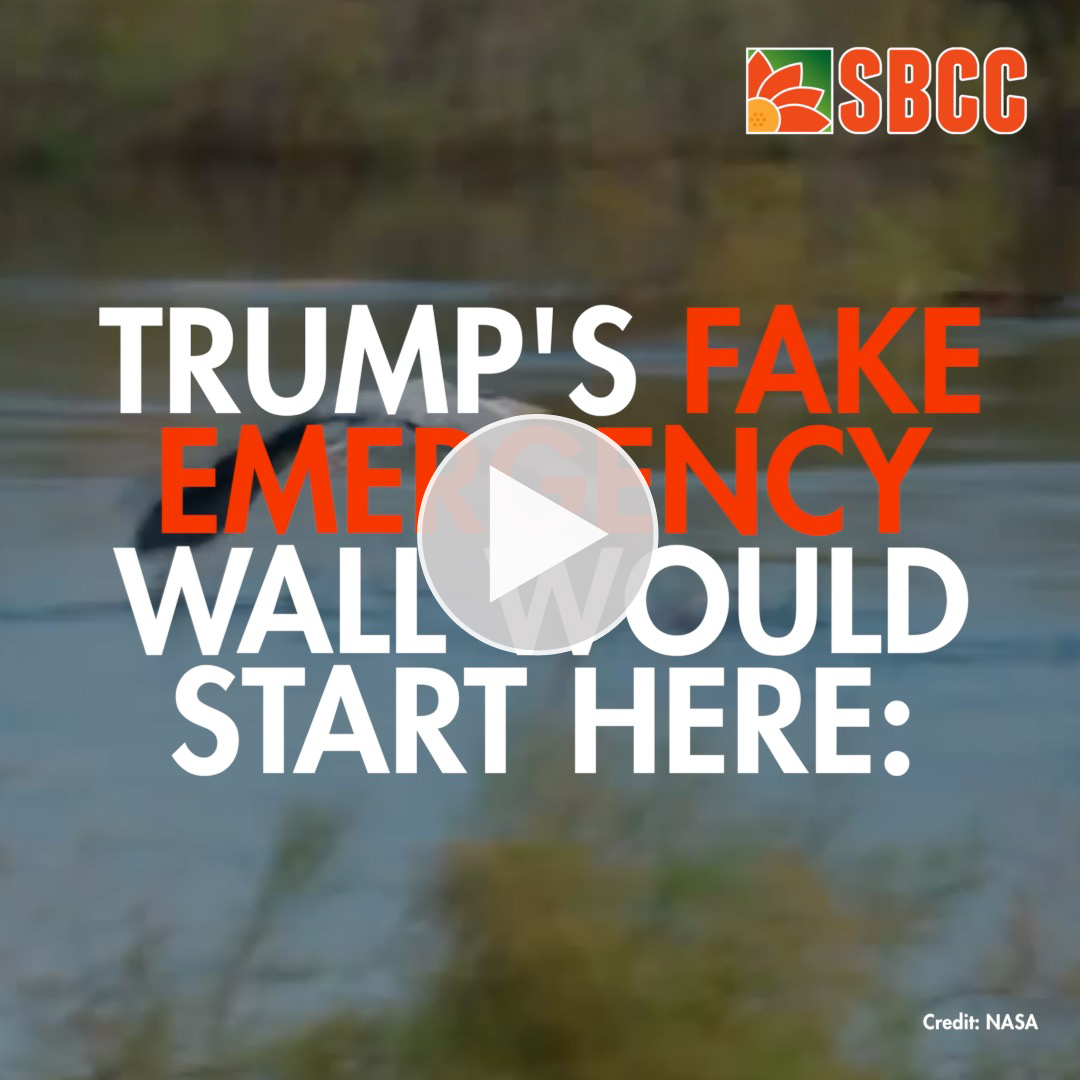 The Southern Border Communities Coalition (SBCC), a program of Alliance San Diego, continues its lawsuit with ACLU and the Sierra Club against the Trump Administration's abuse of emergency powers to build dangerous, destructive and deadly walls along the southern border.

The Trump Administration is attempting to appeal the court’s decision to block the building of more walls, which is why SBCC has released a video that shows some of the state and national parks that could be impacted if Trump gets his way. Share the video on Facebook and Twitter now and help stop Trump!