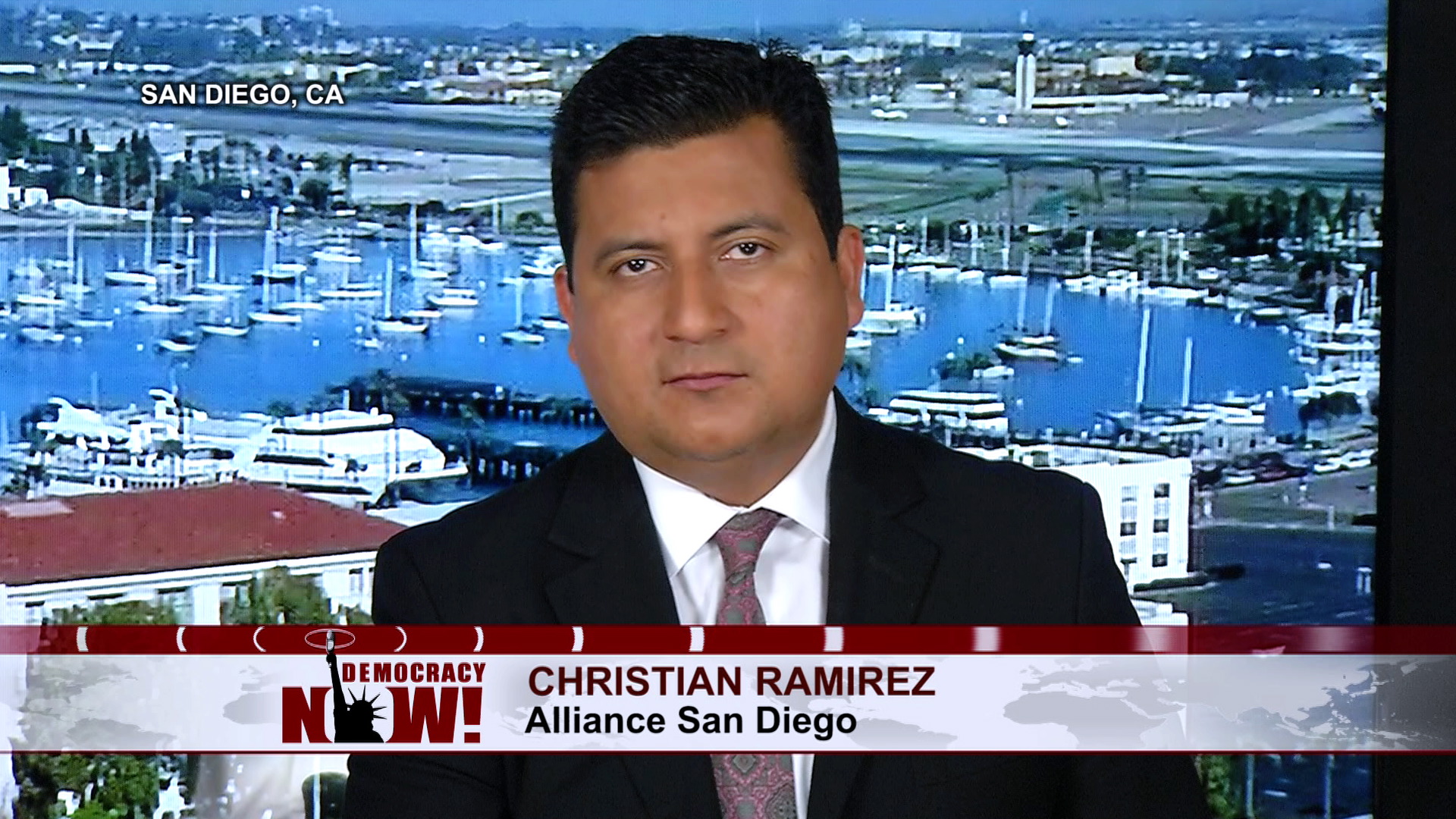 The Inter-American Commission on Human Rights in Washington, D.C., has agreed to open a case against the U.S. government for the murder and cover-up of Anastasio Hernández Rojas, who was killed by border agents seven years ago.

Hernández Rojas died as he tried to cross the border to return to San Diego, where he had lived for 25 years and had fathered five children. The San Diego Coroner’s Office classified Anastasio Hernández Rojas’s death as a homicide, concluding he suffered a heart attack as well as "bruising to his chest, stomach, hips, knees, back, lips, head and eyelids; five broken ribs; and a damaged spine." We speak to Christian Ramirez, the director of Southern Border Communities Coalition and human rights director of Alliance San Diego.

Watch the full segment below