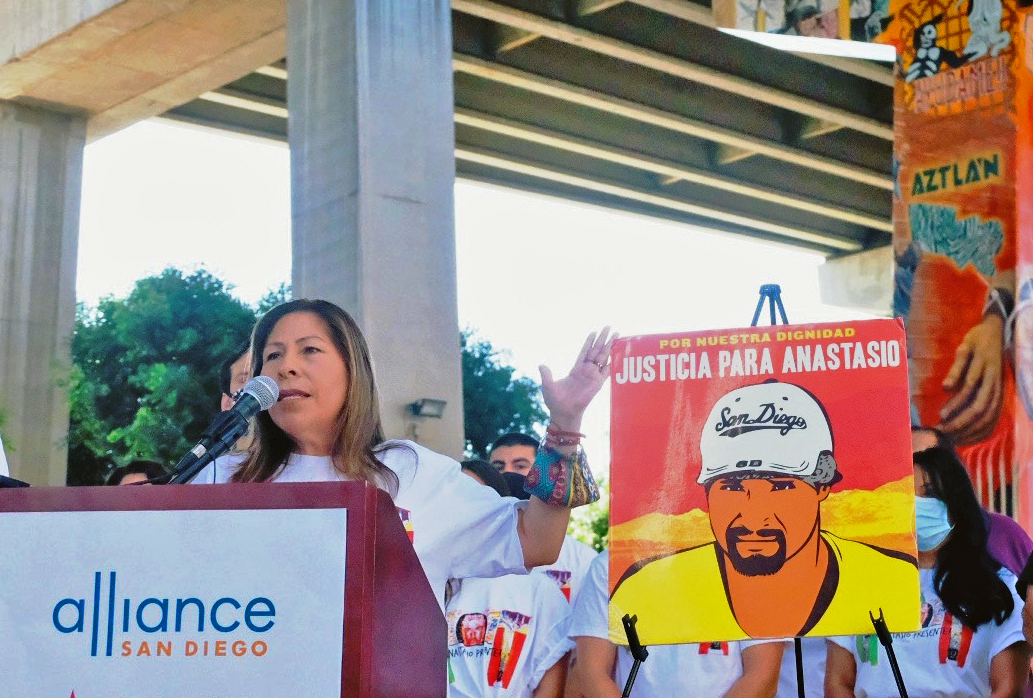 Family seeks justice for the killing of Anastasio Hernández Rojas and the cover-up by border agents in the first case of this kind to be heard against the United States.

SAN DIEGO, CA — In the latest development in a landmark case, the Inter American Commission on Human Rights (IACHR), the investigative arm of the Organization of American States, will hold a hearing to determine whether United States law enforcement officials used the power of the state to kill Anastasio, cover it up, and deny the family access to justice. The hearing, which will be virtual and broadcast live, has been set for November 4, 2022, at 4:00 pm eastern.

This is the first-ever extrajudicial killing by the United States that the IACHR has taken up for review. In a decision issued on July 28, 2020, the IACHR established that the family  demonstrated prima facie human rights violations linked to the torture and killing of Anastasio Hernández Rojas. The Hernández Rojas family alleges that the actions of the United States are part of a larger system of abuse and impunity that has claimed hundreds of lives since Anastasio was killed, especially the lives of Mexican migrants and people of color living and traveling in the border region, and violates international human rights obligation.

As part of its review, the IACHR is asked to examine the use-of-force standard in the United States, which is based on ‘reasonableness’ rather than the international human rights standard of ‘necessary and proportionate’. In Anastasio’s case, prosecutors determined that the actions of border agents who beat, tasered, and killed him while he was handcuffed and lying face down on the ground, was reasonable. It was anything but reasonable. Moreover, given that Anastasio was in custody surrounded by over a dozen agents, the violence that took his life was neither necessary nor proportionate. If the IACHR rules favorably in this case, it could mark a turning point for human rights protections and pave the way for reforms to the use-of-force standard in the United States.

The IACHR is also asked to examine access to justice or lack thereof for families and their loved ones whose human rights have been violated in the United States. International law calls for independent and impartial investigations, but the investigations of abuse by border agents is neither. Since its inception, U.S. Customs and Border Protection (CBP) and its largest component agency, Border Patrol, have been involved with and interfered with every investigation of their own agents. In Anastasio’s case, CBP and Border Patrol used a cover-up team to conceal, destroy, and tamper with evidence to obstruct the investigations. They also pushed a false narrative that Anastasio was upright and combative when he was killed. When eyewitness video was revealed that refuted that narrative after the close of the investigations conducted by local police and the Department of Homeland Security’s Office of Inspector General, the investigations were not reopened. They have never been reopened.

Department of Justice prosecutors relied on a false narrative and incomplete evidence to decline to bring charges for the abuse. They also failed to consider charges for obstruction of justice, which has come into clear view with the revelation of longstanding cover-up teams that interfered with Anastasio’s case. Prosecutors denied the family access to justice by holding secret grand jury proceedings, deliberating without them, and only speaking to them to acknowledge they had reviewed the case but would not bring charges. In its case before the IACHR, the family alleges that all of this amounts to violations of international human rights obligations by the United States.

In the November 4th hearing, Anastasio’s family will present the testimony of Maria Puga, the widow of Anastasio, as well as James Tomsheck, the former head of CBP Internal Affairs, one of four high-ranking government officials to submit declarations in support of this case. The family will underscore its request that the IACHR find that the United States violated their human rights and will request among other things, (1) a public apology, (2) a reopening of the investigations into the killing and cover-up, and (3) policy reforms to end the systemic abuse, beginning at CBP, the nation’s largest law enforcement agency.

Maria Puga, widow of Anastasio Hernández Rojas and petitioner in the case, said:

“My life changed forever the day that border agents killed my beloved Anastasio. He was my life partner, my best friend, the father of our five children, a loving brother and son, and a friend to so many in the community. Our family will never be able to close the wound in our hearts caused by border agents. Our hearts hurt even more knowing that more people are dying not just at the hands of border patrol but also at the hands of police. They have denied our humanity, but we know who we are. We are people deserving of dignity and respect. We are grateful that the Inter-American Commission on Human Rights has granted us a hearing. It has been a long journey to get to this moment. It will be the first time that we can present our human rights claims against the United States, a government that has denied us justice for twelve years.”

“When it comes to violence by border agents, impunity reigns supreme because use of force standards are inadequate and accountability mechanisms are weak. During the U.S. Border Patrol's nearly 100 year history, no agent has been held accountable for an on-duty killing by a criminal court. Last year, the U.S. Supreme Court closed the courthouse doors on victims seeking redress for abuse of power by federal officers. This hearing is Anastasio’s family’s first opportunity to show how the abuse and impunity they suffered is the result of systemic human rights violations.”

“Anastasio's case sits at the intersection of policing and migration. It comes at a time when U.S. law enforcement agencies inside the country and at the border are using violence as a tool of control ... of migrants, of people of color, of poor people and other marginalized communities. This violence is enabled by a use-of-force standard in the United States that is out of step with international human rights standards and is at the crux of Anastasio’s case. If human rights are to have any meaning, they must be protected at all times and for all people. The fight for justice in Anastasio’s case is the fight for dignity and respect. It is the fight for our humanity. We look forward to accompanying Anastasio’s family in their hearing before the IACHR to hold the United States accountable.”

The case of Family Members of Anastasio Hernández Rojas v. United States, Case No. 14.042, will be heard by the Inter-American Commission on November 4, 2022 at 4:00 pm eastern time. The hearing will be virtual and the family petitioners and witnesses plan to participate remotely from San Diego at 1:00 pm pacific. The hearing will be broadcast live and Alliance San Diego will host a community viewing at a location to be determined before the hearing. The hearing participants will be available for press interviews on the day of the hearing. More information regarding their availability will be forthcoming. Any media requests regarding the hearing itself should be directed to the IACHR Press Office, (202) 370-9001, [email protected]

On May 28, 2010, border agents at the San Ysidro Port of Entry brutally beat and Tasered Anastasio Hernández Rojas, a longtime resident of San Diego, leading to his death, which was classified by the San Diego County Medical Examiner as a homicide. An eyewitness recorded the incident and the video became international news, calling into question the brutality of CBP, which has long been alleged in the repeated abuse of border residents. The incident and the many others that followed it triggered Congressional inquiries, agency-wide investigations into the use of force, new use-of-force policies that, among other things, limited the use of Tasers, and the piloting of body-worn cameras by agents. But these have not been enough to reign in an agency with excessive power and little to no oversight or accountability.

The family of Anastasio Hernández Rojas has brought a claim against the U.S. government for failure to properly investigate and prosecute this case. Not only was Anastasio’s life taken, but evidence was destroyed, eyewitnesses dispersed, and the investigation was woefully inadequate. Through this claim, the Commission has the opportunity to weigh in on a broken justice system and point to reforms that end the impunity of the nation’s largest law enforcement agency.