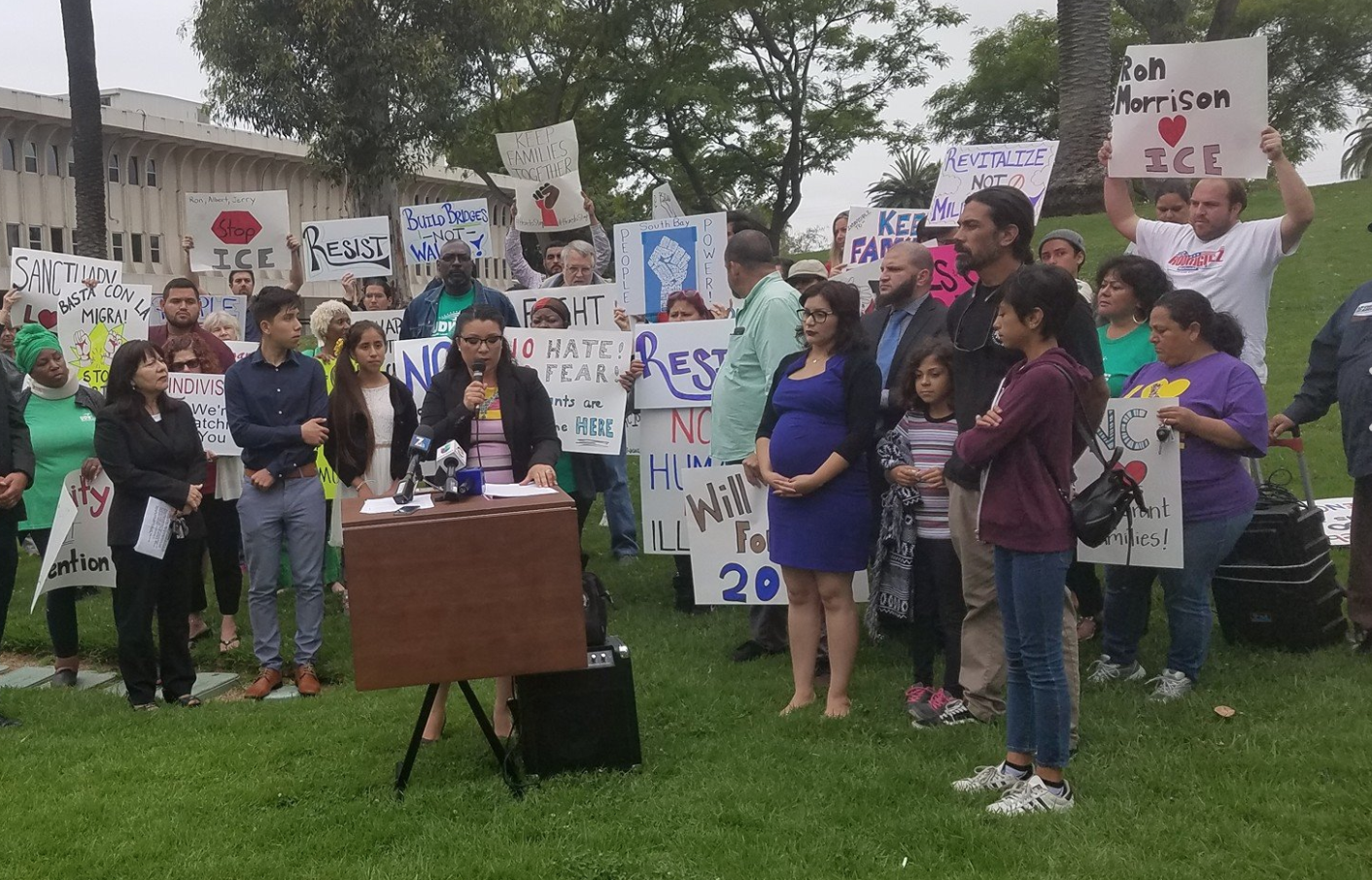 At a time when our communities are under attack by the extremist political views of the Trump Administration, communities of color come must come together, speak truth to power, and win.

Its residents had been trying for months to get the City Council to adopt a resolution to welcome refugees and immigrants, only to be rebuffed last February by a bitterly divided council.

National City residents have a reason to be alarmed: two out of every five residents are immigrants and refugees, and 72% of all households speak a language other than English at home.

But the fight wasn’t over yet. Following this setback, residents began organizing and mobilizing. Folks gathered in backyards, in the local brewery, in neighborhood parks, after Sunday service; residents debated, strategized and agreed on next steps.

Residents began to meet with councilmembers, urging them to come together and to listen to the demands of the community. During that time, the Border Patrol took the parents of four children who were U.S. citizens, which added a sense of urgency to the matter.

Their insistence paid off, a majority of the City Council agreed to discuss a welcoming city resolution and support for the trailblazing Senate Bill SB 54 “California Values Act.” This bill would prevent state and local dollars and law enforcement agencies from helping immigration officials separate families and terrorize communities.

An hour before the extraordinary council meeting on June 19, residents gathered, prayed, sang and marched to City Hall. The community knew it had momentum on their side. Once the meeting started, members of the City Council spoke of the need for compassion and reaffirmed their commitment to serve their constituents. The tension inside City Hall quickly dissipated. It was clear that the majority of the council was going to support a resolution.

Then came the moment of truth. When the TV screens lights turned all green, indicating unanimous support declaring National City a compassionate city that supports the “California Values Act,” and urges Congress and the White House to reduce the extraordinary powers of the Border Patrol, the residents erupted into cheers and applause.

After the meeting, councilmembers and Mayor Ron Morrison held hands with residents, and chanted ¡Sí se pudo! (We did it!), as they held their grasped hands over their heads. It was a priceless sign of unity. A city once divided now stands together, shoulder to shoulder, hands clasped, with immigrants and refugees.

Although this resolution is not a protection from immigration enforcement practices, it is a strong message to National City residents, that their Council and their Mayor, will not turn their backs on them.

It was a reminder that real political power stems from the people, and that despite the existential threats to our democracy, in National City, residents there, showed that we can win when communities organize and mobilize.

Christian Ramirez is the Director of Human Rights at Alliance San Diego, and a lifelong community organizer in the borderlands. He can be reached at [email protected]