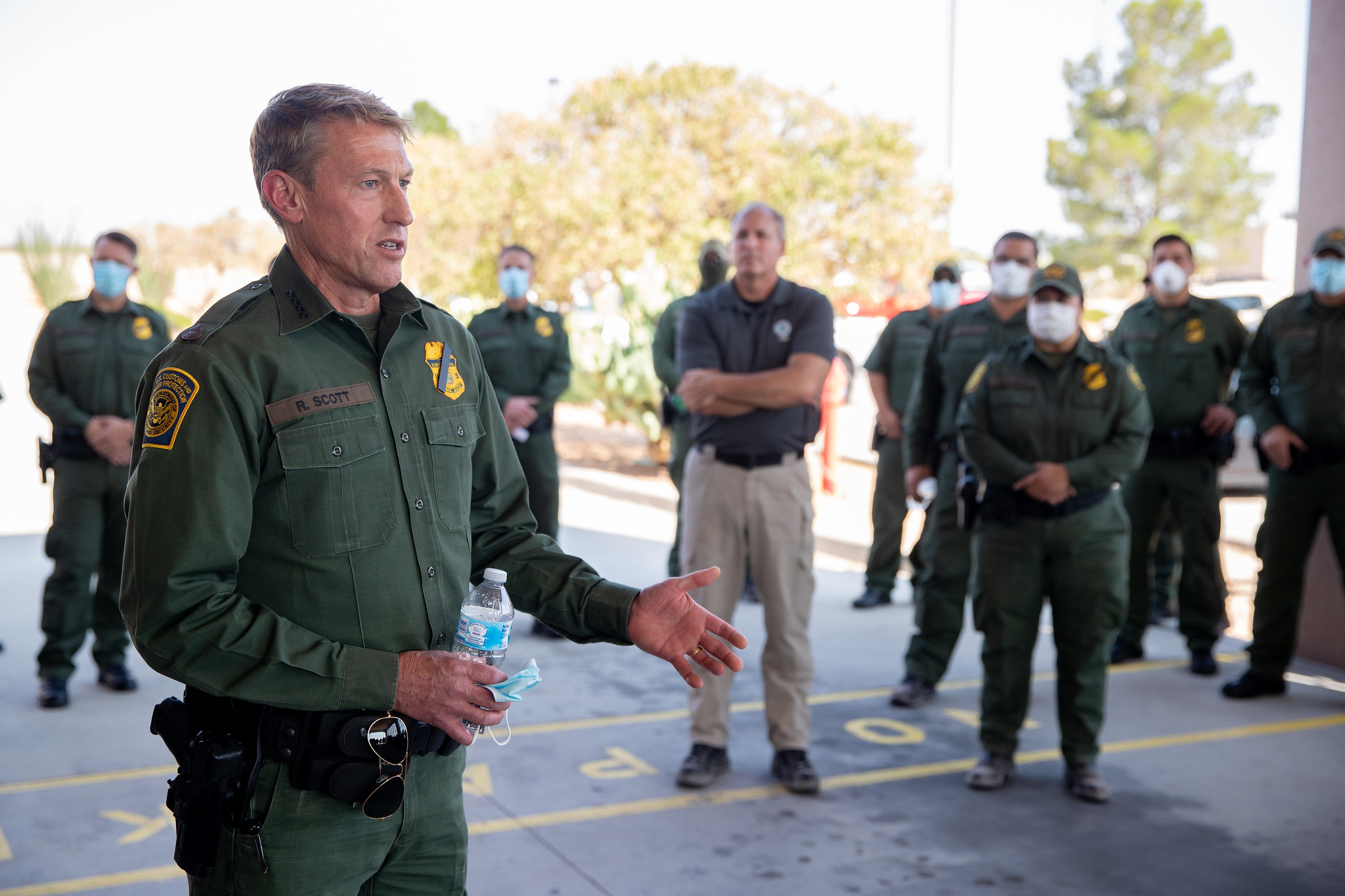 Click here to view/download a .pdf of the letter

Re: Request for investigation of former U.S. Border Patrol Chief Rodney Scott for violations of the Ethics in Government Act, 18 U.S.C. 207.

On behalf of Alliance San Diego, I write to request an investigation of potential illegal activity conducted by Rodney S. Scott, the former U.S. Border Patrol Chief who left office in August 2021. In the last several months, Mr. Scott has taken actions and made statements that indicate he has violated or intends to violate the Ethics in Government Act, 18 U.S.C. 207.

The Ethics in Government Act prohibits Mr. Scott from communicating with an intent to influence any officer or employee of the Department of Homeland Security, and more specifically the U.S. Customs and Border Protection and U.S. Border Patrol, for which Mr. Scott worked. This restriction is in place for one year on any communication regarding general matters (18 U.S.C. 207(c)) and is in place permanently for communication on particular matters that Mr. Scott was personally involved with while he worked at the Border Patrol (18 U.S.C. 207(a)).

Despite these prohibitions, on July 17, 2021, Mr. Scott started a business called Honor Consulting LLC that, according to the incorporation statement, “provides consulting expertise in homeland security and transparent ethical leadership.”1 The stated purpose of this business raises questions about possible violations of the Ethics in Government Act.

Of greater concern is the fact that Mr. Scott established this business on July 17, 2021, while he was still Chief of the U.S. Border Patrol, one month before he left his position. The timing of incorporation raises questions about whether then Chief Scott communicated, transmitted or disclosed restricted data or information in violation of criminal statute 42 U.S.C. 2274. We ask that you investigate potential violations of this law or any other, especially in the overlapping month in which then Chief Scott was also running a private for-profit business, trading on his expertise in homeland security.

Figure 1. Incorporation of Honor Consulting LLC on July 17, 2021 in Arizona

On September 18, 2021, in another potential violation of the Ethics in Government Act, Mr. Scott publicly communicated or attempted to communicate with officers and employees of the Department of Homeland Security to influence them and get them to give him information that could include restricted information. 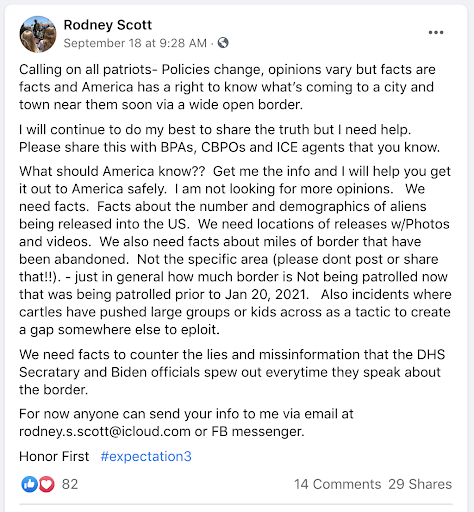 Mr. Scott’s call to Border Patrol Agents (BPAs), Customs and Border Protection Officers (CBPOs), and ICE agents to provide him information in order “to counter the lies and misinformation that the DHS Secretary and Biden officials spew” appears to be in direct violation of the Ethics in Government Act. It could also constitute conspiracy with other agents to communicate, transmit or disclose restricted data or information in violation of criminal statute 42 U.S.C. 2274. This should be investigated.

It is unknown whether Mr. Scott is acting on his own behalf or on the behalf of another person or entity who may or may not be paying him. An inquiry into any clients he may have or revenue he may have received would answer that question. Since retiring, Mr. Scott has been a vocal critic of the Biden administration.2 While he is entitled to his opinion, he is prohibited under law from attempting to influence employees and officers of the Department he just left for at least one year. He appears to have crossed that line several times and should be investigated.

2 For example, on September 11, 2021, Mr. Scott sent a letter to Congress, stating among other things that as a senior executive leader within CBP, he was “privy to decisions” that he would be willing to testify to before Congress. See https://www.documentcloud.org/documents/21067280-rodney-scott-letter