Family of Anastasio Hernández Rojas Takes the Next Step in Landmark Human Rights Case Against U.S. 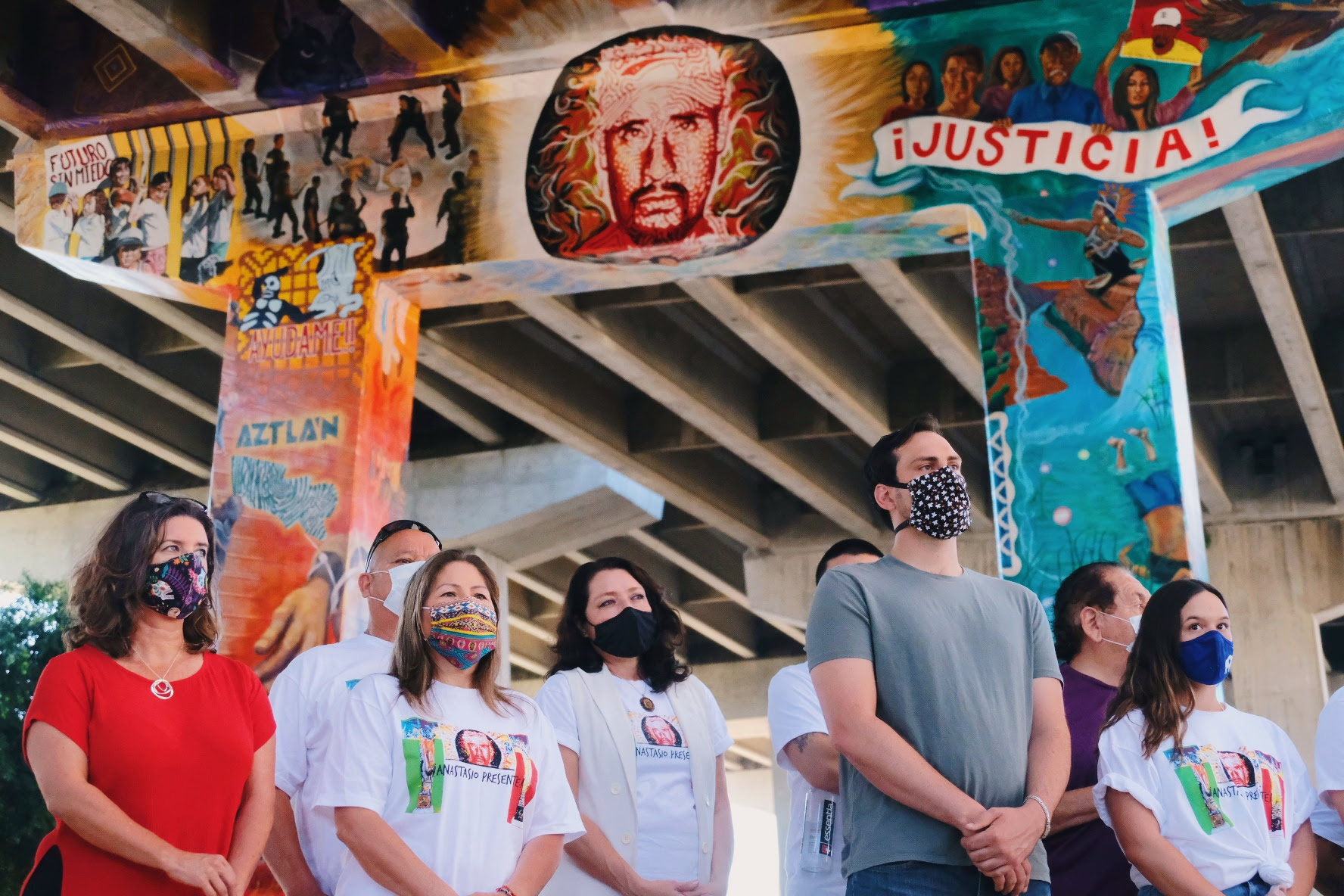 SAN DIEGO, CA —  The Inter-American Commission on Human Rights (Commission) is poised to hear arguments in a landmark case that has revealed systemic abuse and impunity in the nation’s largest law enforcement agency, U.S. Customs and Border Protection (CBP), an agency within the U.S. Department of Homeland Security. The Petitioners in the case of Family members of Anastasio Hernández Rojas vs. United States just submitted a request for a hearing before the international human rights body for its fall session, which begins in late October. The request comes at a time when the United States faces increasing scrutiny for the widespread coverup of killings and other misconduct by border agents.

Anastasio’s case is the first extrajudicial killing case involving law enforcement to be considered against the United States by the Commission, and the outcome could set a precedent for other cases that follow. The case arises out of an incident on May 28, 2010, when U.S. border agents detained and brutalized Anastasio while he was in custody, hog-tied, and in the prone position on the ground. He died as a result and his death was ruled a homicide. Border agents concealed, destroyed, and tampered with evidence to obstruct the investigation. U.S. federal prosecutors closed the investigation without pursuing criminal charges, and the agents were never held accountable for abuse of power. Instead some were promoted to positions of power, as in the case of Rodney Scott who was then acting deputy chief of Border Patrol in San Diego who participated in the coverup and went on to become chief of the U.S. Border Patrol.

The family subsequently filed additional evidence, including 45 pages of testimony from high-level government officials with direct knowledge of the cover up in Anastasio’s case. To date, the United States has not rebutted or denied any of the evidence. Now the case is ripe for a hearing at the very moment when concerns about long-standing coverup units within CBP are coming to a head. These units were first discovered in the Anastasio case and are believed to have undermined the investigation of border agents in use-of-force cases for the last three decades.

The Southern Border Communities Coalition (SBCC) informed Congress of the coverup units in October 2021, which prompted congressional and other investigations. Although CBP has since announced it will eliminate these units (a tacit admission that they had no authority to operate), SBCC alerted Congress last week to the fact that CBP is promoting the very agents under investigation. This makes the urgency of a hearing before the Commission all the greater.

I am eager for the Commission to examine this case. I seek justice not only for the death of my husband, but also for the other people killed by border agents before and after Anastasio’s death. The justice system is broken in the United States. The investigation into the killing of my husband is evidence of this — it was corrupted from the beginning by agents who have no regard for the law or for life. Anastasio was a husband, a father, a brother, and a son, and we honor him by fighting for our dignity, fighting for our human rights, and fighting to stop the abuse and impunity that continues to take lives. I ask that the Commission grant us a hearing so we can be heard and we can confront the United States government directly.

A hearing on this case is an opportunity for the Commission to not only hear the family, but also examine how structures of violence and impunity have operated in the United States government at its southern border. Anastasio’s death and the experiences of his family members during their search for truth and justice exemplify why, until the United States reforms use-of-force laws and policies, investigative procedures, and training programs to comply with fundamental human rights, impunity for violence by border agents will be the norm.

This request for a hearing comes at a critical moment when the call for accountability for Anastasio’s death has reached the halls of Congress, and CBP has begun to move towards reform. By shining the international spotlight on this matter through a public hearing and creating a moment for unbiased and independent scrutiny of CBP misconduct, the Commission would contribute to the promise of structural reform that Petitioners and the larger community have long sought in the United States.

Background on the Inter-American Commission on Human Rights (IACHR)

The IACHR is a part of the Organization of American States, the oldest regional international organization in the world, which is currently headquartered in Washington, D.C. In 1948, the United States became a member state of the OAS. The United States is active in the OAS, maintains a permanent mission to the organization, and is represented by ambassadors from the U.S. State Department.

The IACHR was created by the OAS in 1959, and reviews claims of human rights violations committed by member states who have adopted agreements to protect human rights, including through the foundational American Convention on Human Rights (1969). Anastasio’s case is the first case against the United States that the IACHR is reviewing that addresses an extrajudicial killing by law enforcement. The case will set a precedent for other cases that follow, including cases of officer-involved killings of Black and Brown men and women across the country.