Villalobos was developmentally delayed and his killing raises questions about whether the Border Patrol response was inappropriate, disproportional, and unnecessary. Family has set up a gofundme page to help pay for funeral expenses.

SAN DIEGO, CA  —  On Friday evening, October 23, 2020, a border patrol agent shot and killed David Villalobos, a thirty-year old father who was returning to his son and family in Riverside County. David was born in Mexico, but came with his mother to the United States when he was a child. He spent most of his life in the United States with his mother and five younger siblings who are all US citizens. Several years ago, David was forced to leave because he lacked legal status.

According to his family, David was developmentally delayed and had a difficult time being away from his mother and siblings, who were very close to him. While attempting to return to them, he was apprehended by at least one border agent who shot him dead. The San Diego Police Department (SDPD) is investigating the incident as a homicide.

The Villalobos family is asking for answers: What happened and why did border agents use lethal force on David? How are they trained to respond to people with mental health issues? What video evidence or eyewitnesses exist and what is SDPD doing to preserve that evidence? Have the police interviewed the border agent involved and who is he? 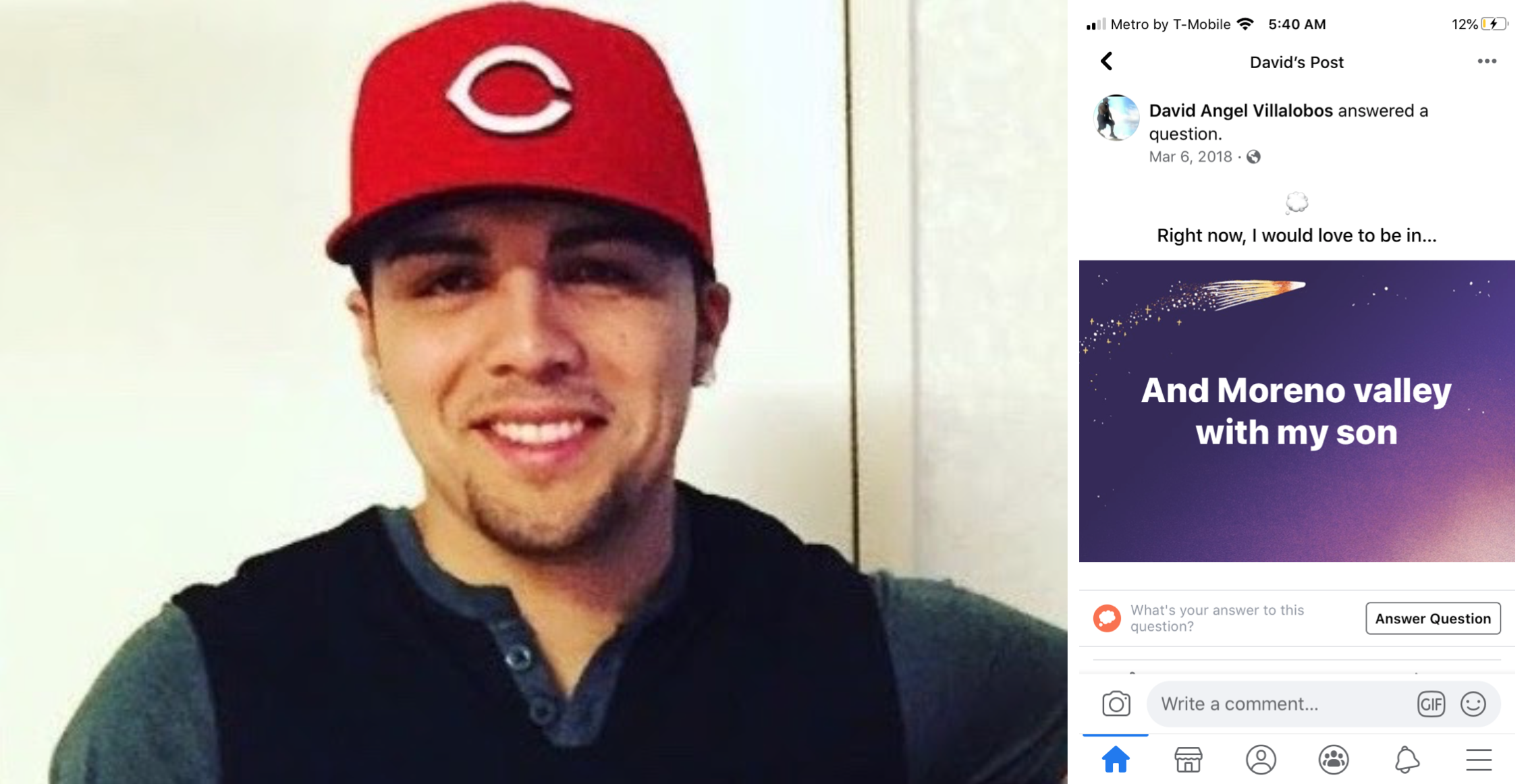 David Villalobos, a father of a 12-year old, was killed by a border patrol agent on Friday, October 23, 2020

The family is accompanied in their pursuit of answers by the American Friends Service Committee (AFSC) and Alliance San Diego (ASD) who sent a joint letter to the San Diego Police Chief on the night that David was shot and killed. They called for an independent police investigation without interference or involvement from Border Patrol, Customs and Border Protection, or any other agency of the Department of Homeland Security. All of these agencies have a record of abuse, impunity, and obstruction of justice.

The Villalobos family is devastated and they are asking for donations to help bury David. They have set up a Go Fund Me site: #JusticeForDavidVillalobos

AFSC and ASD encourage anyone with knowledge of the incident to please contact the San Diego Police Department. The incident took place in San Ysidro at or near the port of entry, next to Las Americas shopping mall. It is possible that shoppers or border crossers may have witnessed something that would be helpful in this case.

“We are grieving with immense pain. This will forever change our lives. David had a huge heart, and he was loved by so many. Why did he have to die? Our family is asking SDPD to give us answers, show us the videos of what happened, and thoroughly investigate the border agents involved for any wrongdoing.”

“David was killed just yards away from where Anastasio Hernandez Rojas was brutally beaten and tasered to death by border agents ten years ago. Between then and now, more than 100 people have been killed by border agents who have enjoyed near total impunity. Now they have killed again, choosing lethal force without the training to respond to someone with mental health concerns, raising the question of whether the response was inappropriate, disproportional, and unnecessary.”

“SDPD has the opportunity to earn our trust through this investigation. We ask them to immediately preserve all evidence, gather all eyewitness testimony, and view all videos such as from government cameras, private security cameras, and personal cameras. It is also imperative that SDPD interview the agent involved and without interference or involvement from anyone else, including union representatives who are not serving as legal counsel. We look forward to hearing which of these steps have been taken.”

American Friends Service Committee is a Quaker organization devoted to service, development, and peace programs throughout the world. Our work is based on the belief in the worth of every person, and faith in the power of love to overcome violence and injustice.