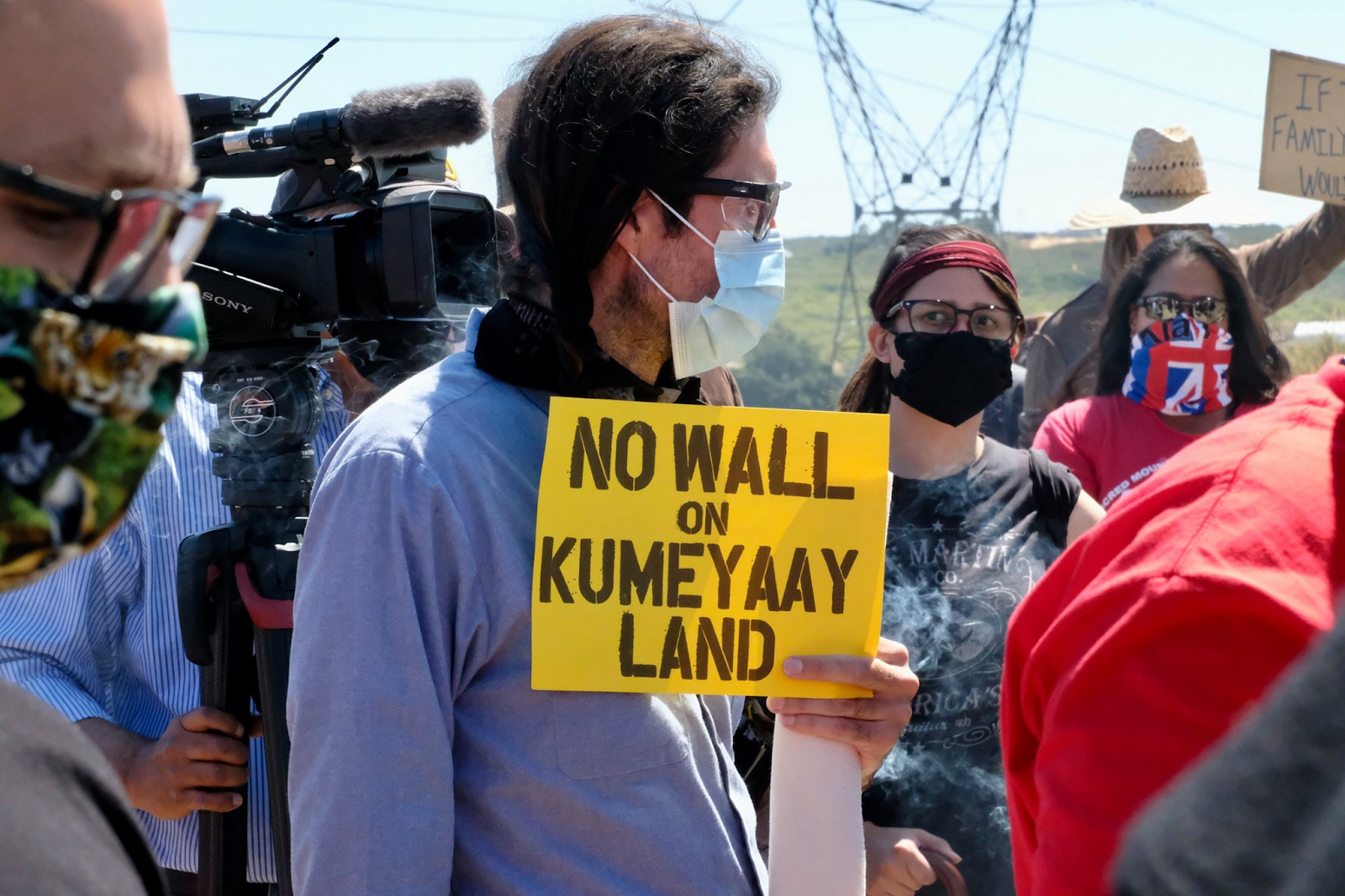 Despite the best efforts by the Kumeyaay people and their allies, the Border Patrol  detonated explosives on sacred grounds last week to lay the groundwork for Trump's wasteful and deadly wall here in San Diego.

But not all is bad news. After years of advocating to defund Customs and Border Protection (CBP) and to stop spending any more money on walls and agents, Alliance San Diego and our partners in the Southern Border Communities Coalition saw the fruits of our labor. Last week, the House Subcommittee on Homeland Security approved a FY2021 spending bill that rejected CBP's request for a multibillion dollar funding increase and defunded CBP, approving a budget that was $100 million less than last year. The budget provides no funding for border walls or additional agents and instead allocates funding to mitigate environmental damage caused by the wall and to purchase body-worn cameras. The budget also rescinds $1.4 billion from the agency's FY2020 account in response to the President’s diversion of Department of Defense funding for border barrier construction. We've come a long way since 2017, when legislators proposed a $25 billion increase. Read more about what's next in last week's Border_Lines.