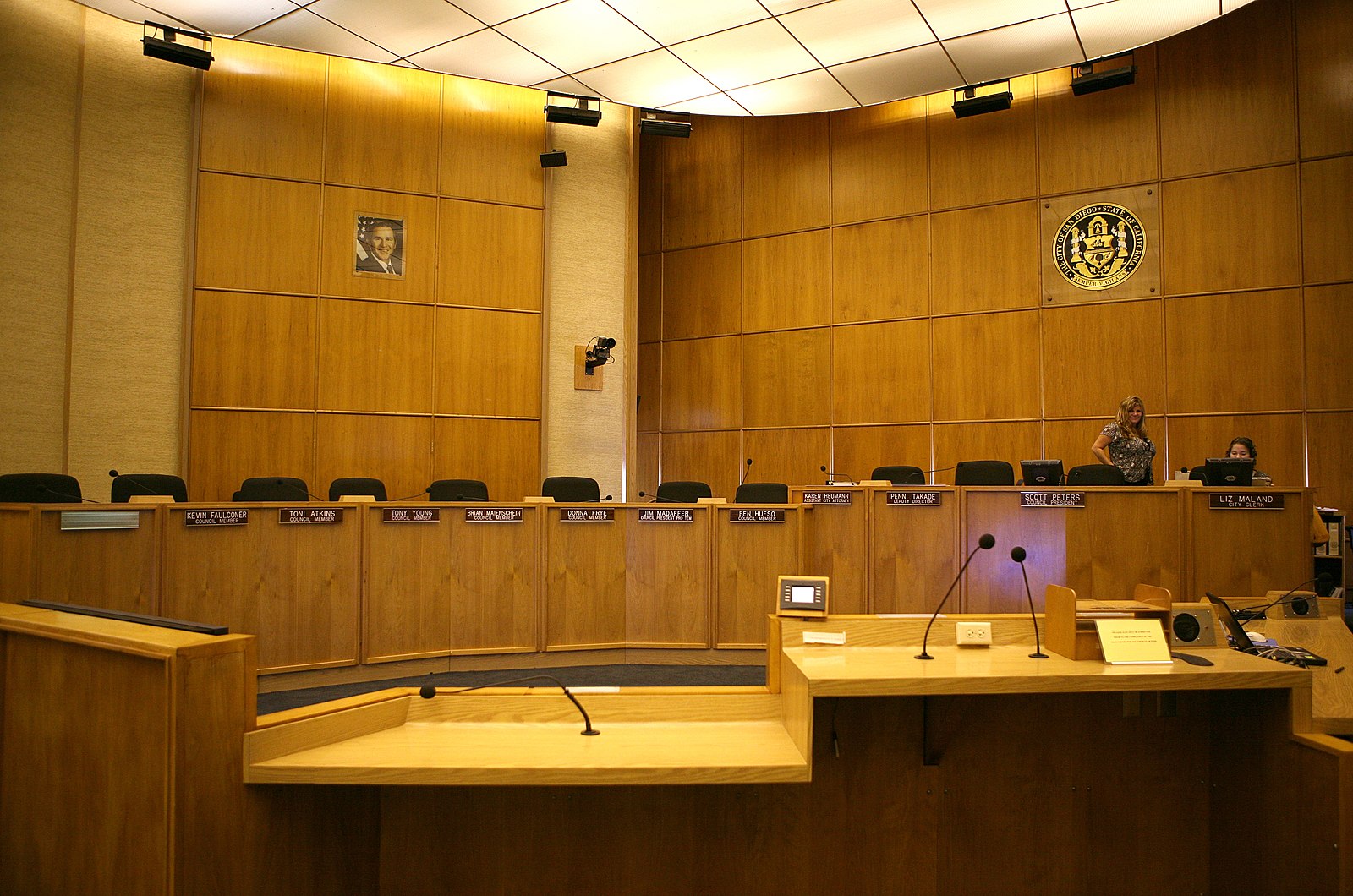 Organizations call on the San Diego City Council to ask the hard questions.

SAN DIEGO — The San Diego City Council Land Use & Housing Committee voted to forward the mayor’s recommendation for a developer to redevelop public land in the Midway area without taking into account the many red flags emerging. Community organizations call on the full City Council to ask the hard questions that are being ignored to protect the public interest.

The redevelopment project is one of the biggest land use decisions that this City Council will make. The project has the potential to address major public needs — more housing, more affordable housing, and economic revitalization. As such, it is essential that the City Council exercise good governance with full transparency and accountability surrounding the decisions it makes. That means engaging in due diligence and asking the hard questions to ensure that the redevelopment of this public resource leads to a public benefit, not burden.

The public interest must be treated as paramount, but that is not what is happening. We fear elected City officials are willfully turning a blind eye to information that undermines the public interest and directing staff to do so, as well.

A few days ago, La Prensa published a detailed and disturbing article that raises alarming questions about the lack of due diligence in the vetting process for the land redevelopment. It points to possible malfeasance and/or negligence. The concerns regarding the selection of a Midway site developer dwarf the concerns about 101 Ash and could be a significantly bigger debacle that wastes public resources, erodes trust in government, and furthers political cronyism.

Specifically, the article points out that the mayor’s recommended developer is also his biggest political contributor, to the tune of over $100,000 in the last election.  Additionally, the consultant hired to vet the development bids was not asked to apply the same level of scrutiny of bidder operating plans, experience and qualifications, and financial capacity as has been conducted before. Why the City staff deviated from prior due diligence and who directed them to do so is a big question that needs to be asked by the City Council.

To top it off, the recommended developer failed to disclose past lawsuits, judgements and claims — a total of 10 related to development projects — which raises concerns about public liability as well as project viability given this track record. All of the information reported on by La Prensa is publicly available, but has not been fully presented to the City Council.

Now the City staff are stretching even further to assert that the California Department of Housing and Community Development (HCD) has endorsed the mayor’s pick for a developer. But that is simply not true. At the request of the City, HCD issued a letter that states that the City has met the minimum statutory requirements for the Surplus Land Act, which prioritizes affordable housing, but it does not address (and may not even be aware of) the potential conflicts of interest, deviation in the vetting process, and failure to disclose. Moreover, the HCD does not opine on the recommendation made by the City; it only restates it.

So why is the City rushing headlong into this decision without due diligence?

Something is not right and it’s time for the San Diego City Council to ask the hard questions before millions of public dollars are wasted. All indications point to a lack of meaningful due diligence, which could jeopardize the future of this project and the benefit to our communities, including the viable development of much needed housing, including affordable housing.

In light of this, the City Council should take its role as public stewards and fiduciaries very seriously. We recommend the City Council slow down and take a much closer look before making any decisions. Ask the questions that have not been asked, look at the information which has been ignored, and do what is in the best interest of the people only after all the answers and information is present to make an informed decision.

When it comes to housing development on public land, it is imperative that the Council exercise due diligence and responsible governance so that the public does not end up on the hook for a deal gone wrong. We saw that happen with the 101 Ash street deal, and the cost came at the expense of everyday San Diegans in the loss of city funds that could have been used to fund parks, libraries, infrastructure, solutions for homelessness, and other resources that our communities need.

Voters must be able to trust that those they elect to office will ask the questions that lead to sound decision-making. That is what we ask of the City Council now — to pause and ask the hard questions, starting with those raised by the La Prensa article.

A healthy democracy relies on an accountable and transparent government. In times such as this, the residents of San Diego cannot afford another 101 Ash debacle. This time, the City Council has fair warning, but that won’t matter if the Council abdicates its oversight duties. To ignore the very visible red flags would be undeniably negligent and, quite frankly, the opposite of good governance.