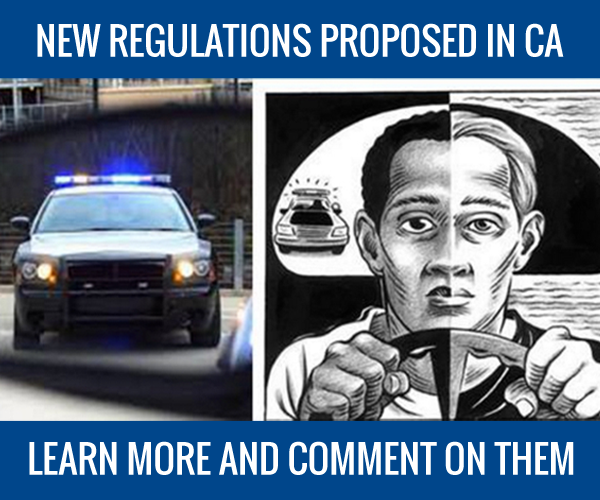 SAN DIEGO, CA - In the midst of a national debate around the deadly consequences of racial and identity profiling by police, California has taken a bold step forward with Alliance San Diego playing a key role.

The California Department of Justice announced the release of the proposed regulations requiring law enforcement to collect and report data involving a stop or detention beginning in 2017. The regulations fall under California's Racial and Identity Profiling Act of 2015, Assembly Bill (AB) 953.

Alliance San Diego Executive Director Andrea Guerrero is a member of the Racial and Identity Profiling Advisory (RIPA) Board, which advised the Office of the Attorney General in the development of the new regulations.

"We have a unique opportunity in California to come together as communities seeking safety and justice, and as law enforcement officers endeavoring to serve and protect those communities, to implement a hallmark law, the Racial and Identity Profiling Act, and take concrete steps to ensure that all people are treated with dignity and respect. If we all lean in to understand and address profiling, we can move forward together for a better California," said Guerrero.

You can participate in the public comment phase on the type of information police should collect when they pull drivers over. The public comment period will be open from December 9, 2016 to January 27, 2017. You can submit your comment here as well as learn more about the regulations.