Berkeley is a border city! 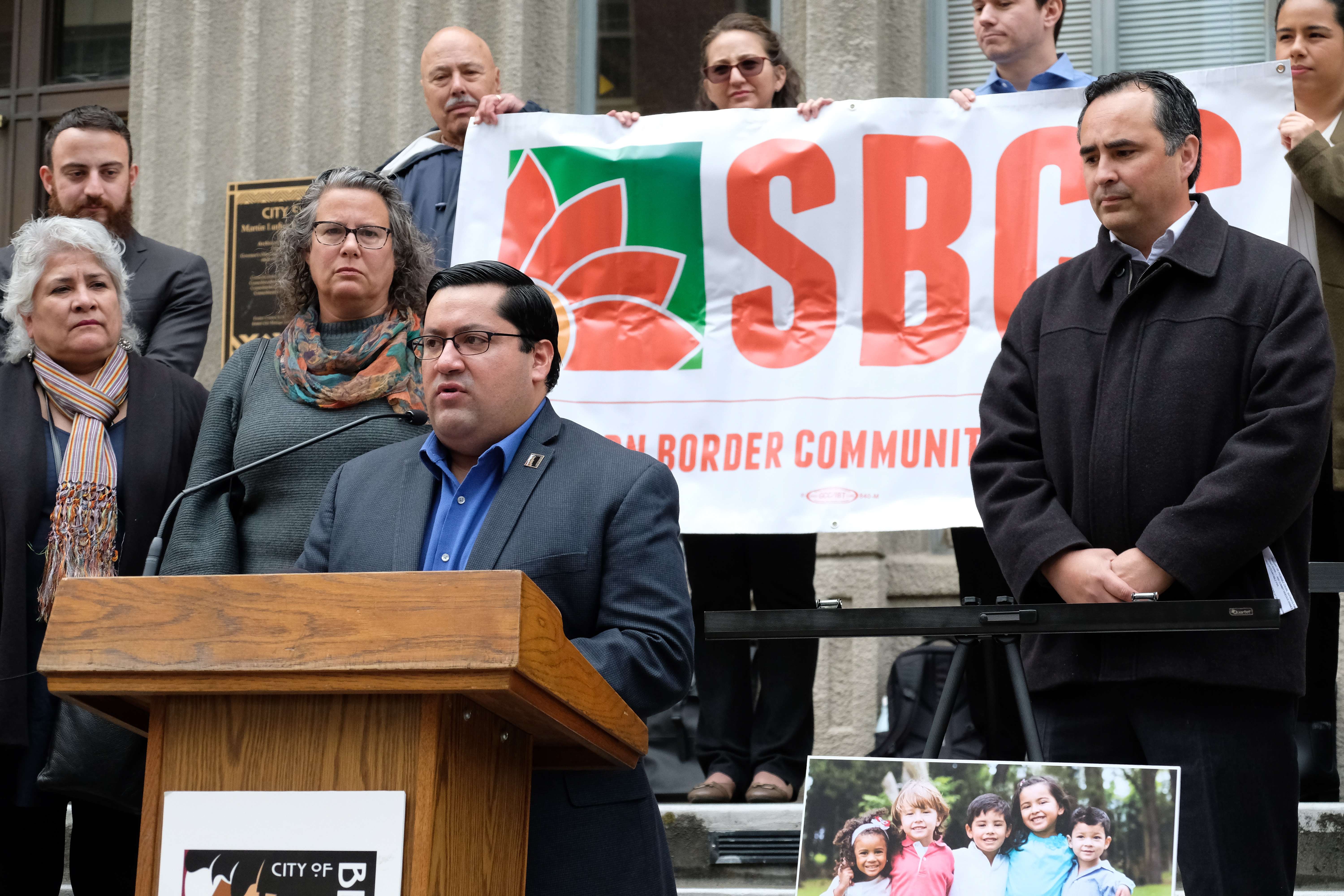 On January 30, Berkeley became the first city to pass a resolution embracing a New Border Vision, a framework for border policy that upholds the dignity and rights of all who live, work and visit our borders.

A New Border Vision was developed by the Southern Border Communities Coalition (SBCC), a project of Alliance San Diego. As a city within 100 miles of a coastal border, Berkeley is a border city, and calls for border policy that expands public safety, protects human rights, and welcomes all people at our borders. We are thrilled to count Berkeley as an ally and the first of many cities that we hope will pass a New Border Vision resolution. Read SBCC’s press release on this historic vote here.