Abuse, Assault and Impunity at DHS Must Stop: Former LAPD Officer Subjected to Sexual Assault by DHS Sues the Agency 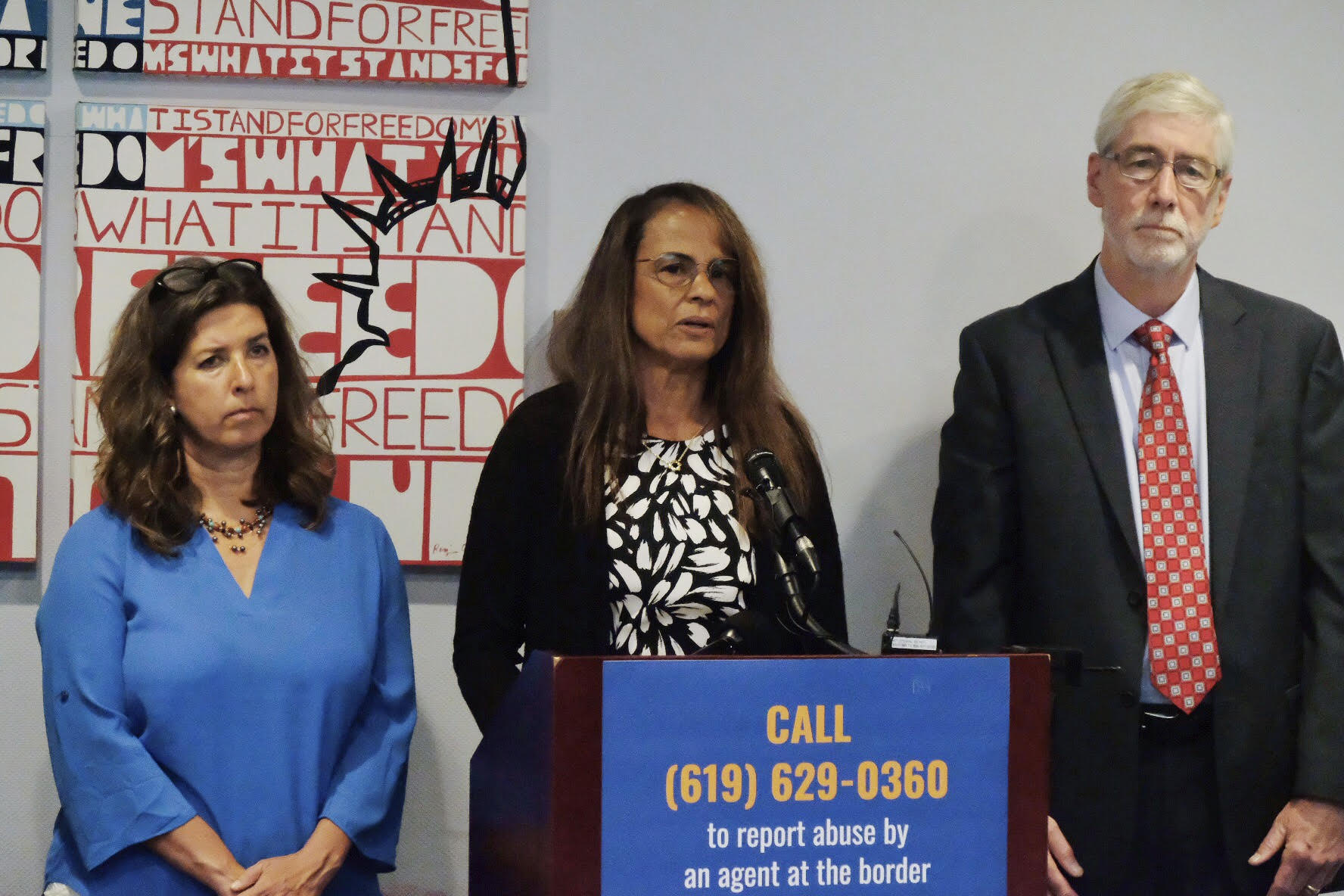 SAN DIEGO, CA - June 16, 2021 — Today, former LAPD officer and U.S. veteran, Janine Bouey, filed a complaint against the Department of Homeland Security (DHS) and Customs and Border Protection (CBP) for her inhumane treatment at the border. This is the first step in a lawsuit against DHS. Janine, who is a Black woman, was sexually assaulted by agents at the Otay Mesa Port of Entry. In this lawsuit, she calls for DHS and CBP to take responsibility for their actions and end the practice of assault on women, including Black women.

One year ago today, Janine was returning from her dentist and crossed the U.S. border at the Otay Mesa Port of Entry. She was singled out by a CBP officer while waiting in line. She was the only Black woman to be pulled from the line for questioning. The officer asked for Janine’s home address even though he was in possession of her license. The officer suggested that Janine might want his home address. The officer proceeded to escort her to a nearby building where she was eventually assaulted.

Janine’s experience and training as a law enforcement officer informed her understanding that the actions taken by the CBP officers were well out of bounds of normal protocol. Janine filed a complaint with DHS about the officer’s actions shortly after the incident. To her knowledge, no disciplinary action was taken and the officers involved in the incident remain at work.

Mike Marrinan, attorney for Janine Bouey said:
We are taking the first step in bringing a lawsuit against the Department of Homeland Security. We are filing a claim under the Federal Tort Claims Act, which is a required step in suing the government. The next step will be to go into federal court on the claims that we laid out today. We're alleging, among other causes of action, claims for sexual assault, assault and battery, false imprisonment and unlawful search and seizure by threats of intimidation or coercion. We believe what happened to Janine is illegal, unconstitutional and just plain wrong.

Janine Bouey, the litigant and former LAPD officer said:
One year ago today when I was coming back from a dentist appointment across the border, I was pulled out of line. I was the only black woman in line. I was the darkest person in line. And I was taken inside of the main building and immediately told to spread my legs and put my hands up against the wall and. I was sexually assaulted.

The reason I'm coming forward is because when I got home that night, the first thing I did was Googled 'strip search border' and I saw what was happening all across this country from coast to coast. And it was mainly happening to women of color and specifically black women. And I know because of the automaticity with which they did the things they did to me, that I couldn't be the only one.

I really want people who've experienced this to come forward and to tell their story because it has to stop and it has to stop now. I know there are other women that went through the same thing that I did.

Andrea Guerrero, executive director of Alliance San Diego said:
Alliance San Diego is accompanying Janine in her pursuit of justice to hold DHS agents accountable for what they did to her and what they're doing to women all across this country.

The CBP agents that sexually assaulted Janine are part of the largest law enforcement agency in the country with the least amount of oversight and the highest rate of abuse and corruption. Unfortunately, the agents at CBP regularly abuse their power to inflict harm, especially on people of color and increasingly on black community members.

This is unacceptable and we cannot turn a blind eye to what is happening any longer. We are all less safe because of DHS. The continuous abuse, assault and impunity at DHS must stop. Alliance San Diego is accompanying Janine Bouey throughout this process to call for change so this does not happen to anyone else again.

If you or anyone you know has experienced abuse at a port of entry, call (619) 629-0360 to report the incident to Alliance San Diego.

About Alliance San Diego
Alliance San Diego is a non-profit, non-partisan 501(c)(3) community empowerment organization working to ensure that all people can achieve their full potential in an environment of harmony, safety, equality, and justice. Our mission is to provide a means for diverse individuals and organizations to share information, collaborate on issues and mobilize for change in the pursuit of social justice, especially in low-income communities and communities of color. We pursue this mission through targeted civic engagement programs and strategic coalitions that focus on specific issues and policy reforms.