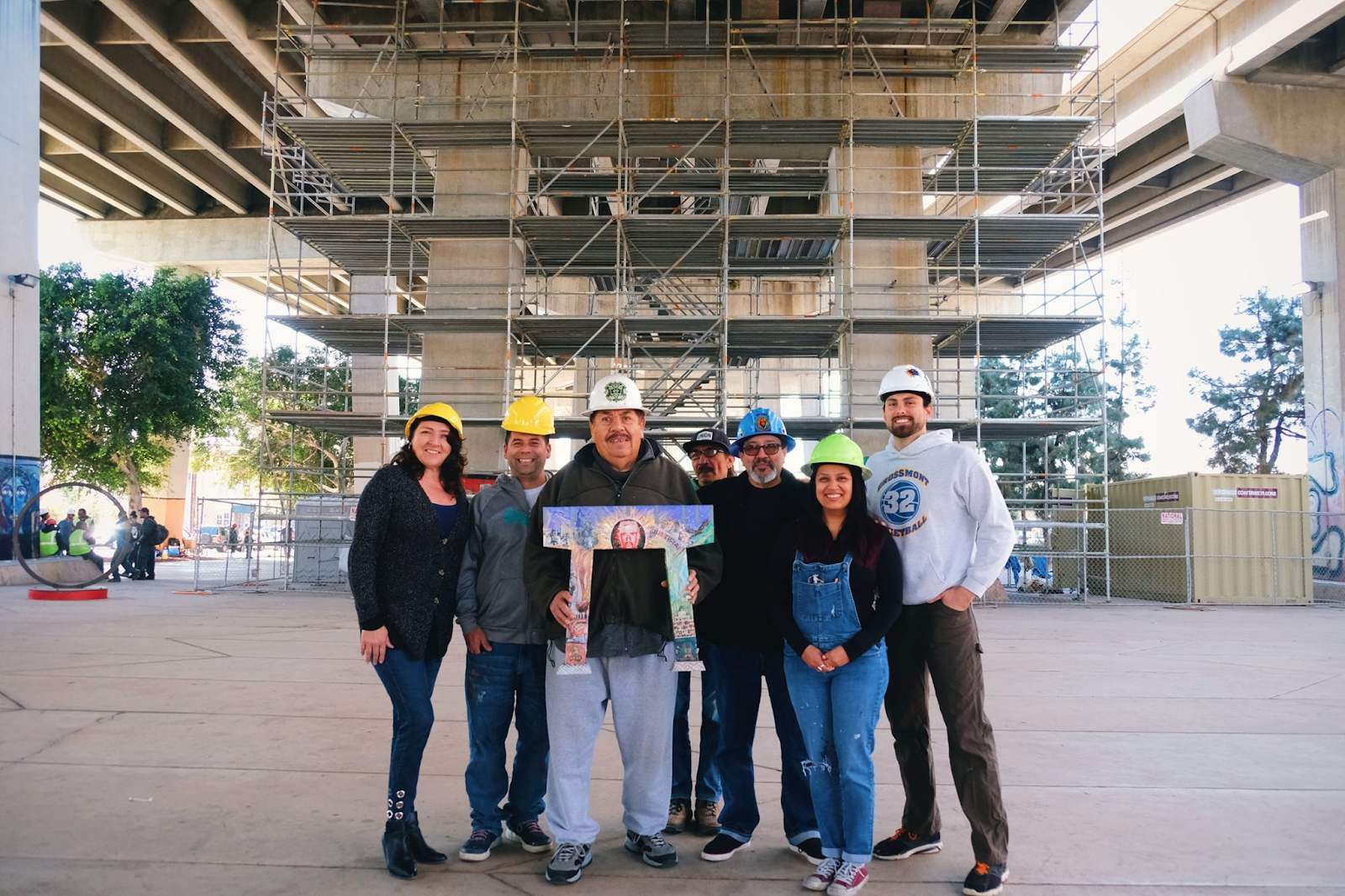 When it comes to memorializing the most important stories of our time, few things speak to present and future generations more powerfully and vividly than art.

That’s why a group of artists headed by master muralist Victor Ochoa — one of the pioneers of the San Diego Chicano art movement — is painting a mural in Chicano Park to memorialize Anastasio Hernández Rojas, a longtime resident of San Diego who was brutally beaten, shot with a taser and killed by border agents at the San Ysidro Port of Entry, on May 28, 2010.

The mural — which is almost 50 ft tall — is being painted on the columns that support the iconic Coronado Bridge. It will be two-sided and will feature extensive symbolism, which you can explore below.

Here’s the prototype as seen from the front: 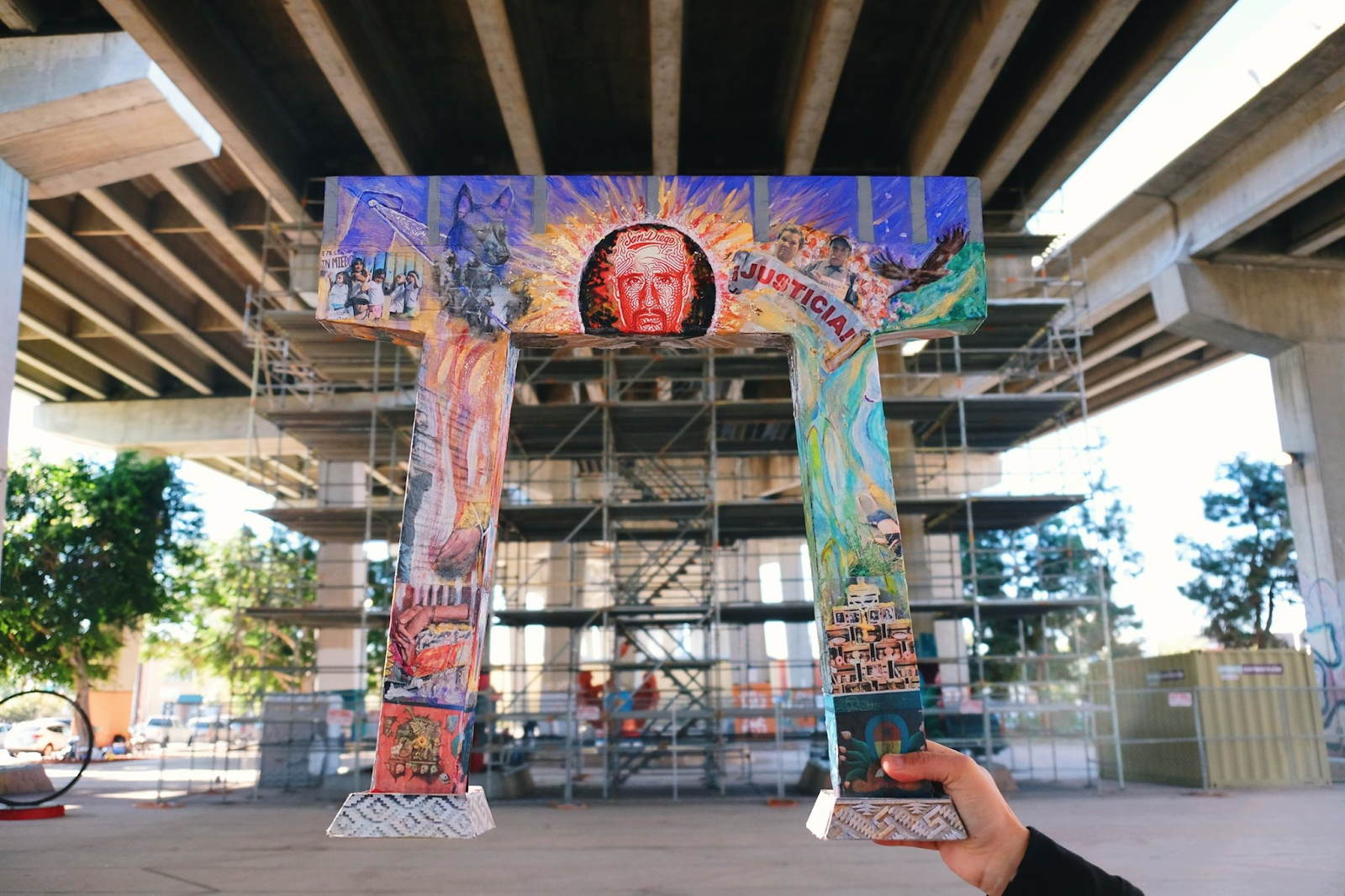 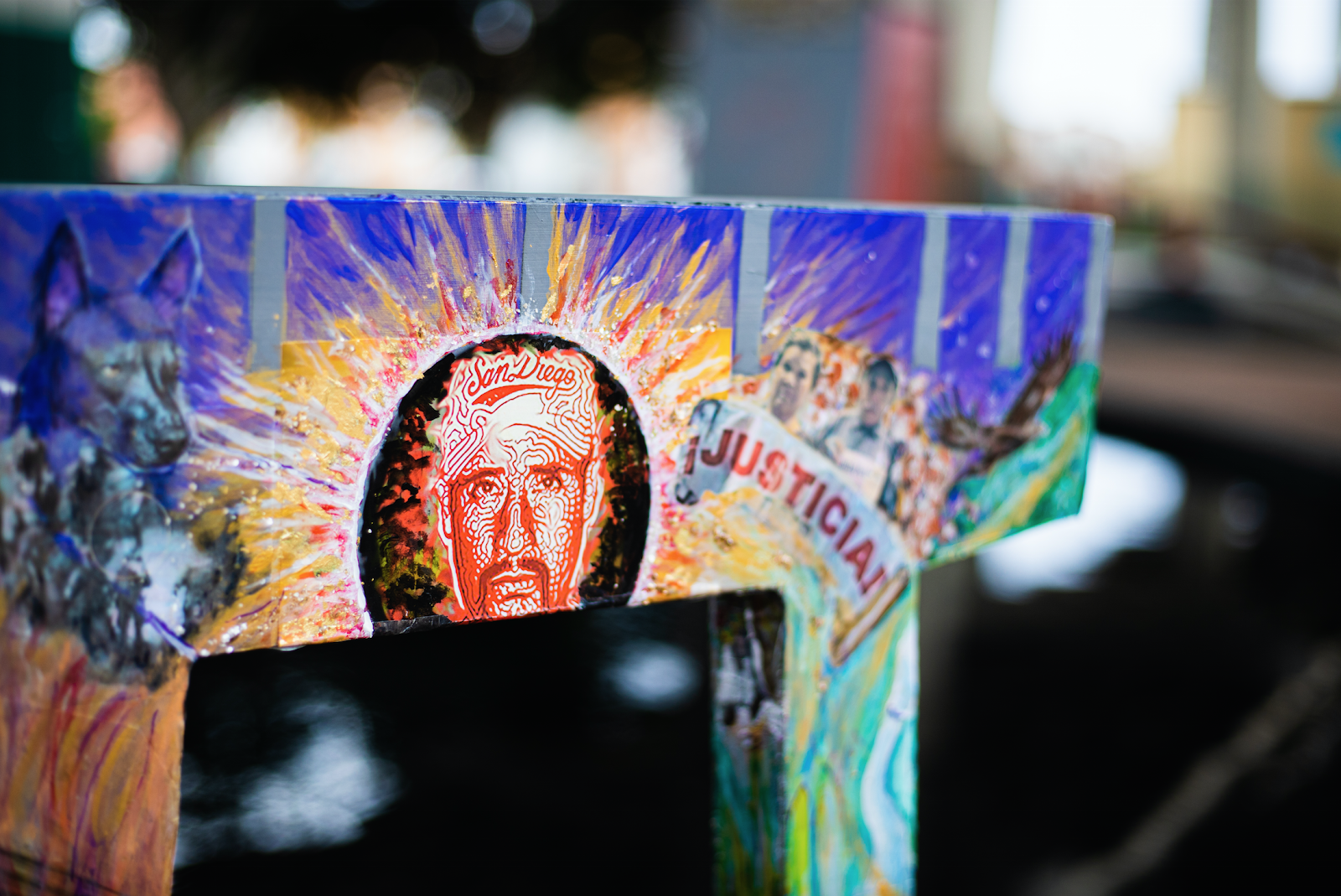 Anastasio Hernandez Rojas is featured prominently at the center of the mural ensconced in an eclipse, which symbolizes the transition from life to that which lies beyond. 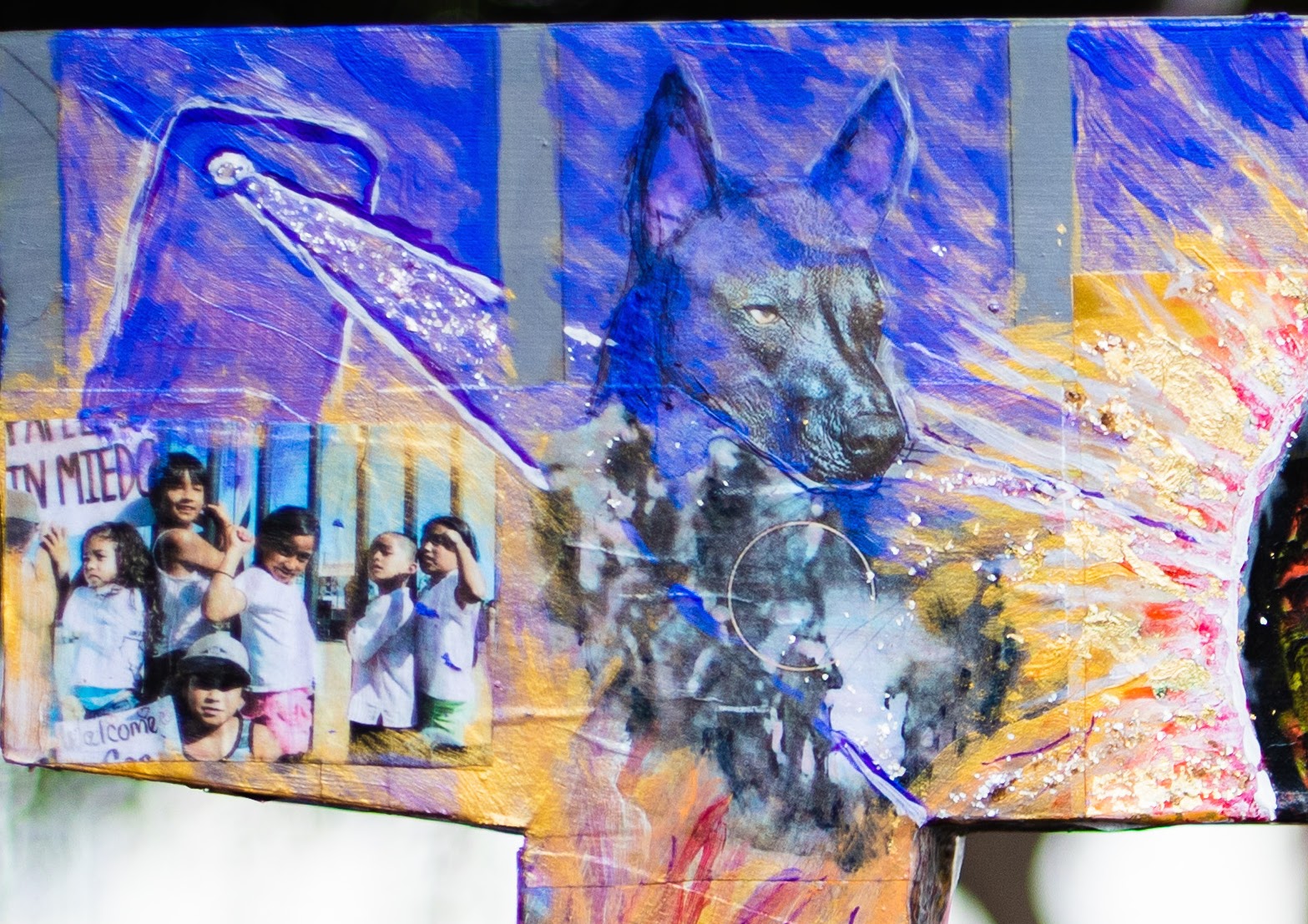 The Xoloitzcuintli dog is seen as a spirit guide from the living world to the land of the dead in Mexican culture. Here, the dog is depicted watching Anastasio. 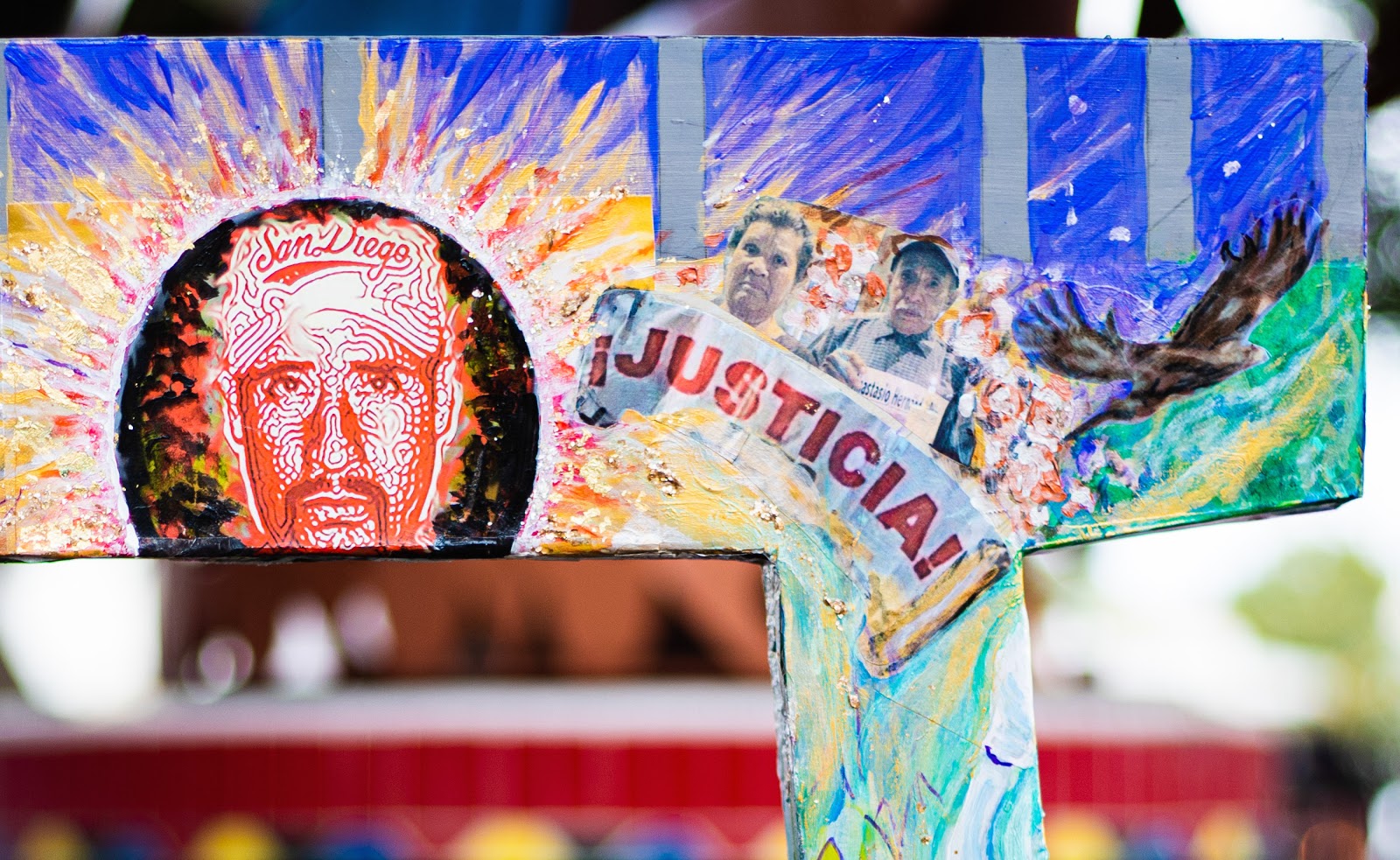 The banner that reads “JUSTICIA,” or “justice” is being held by members of his family, and the golden Mexican eagle represents Anastasio’s spirit soaring. 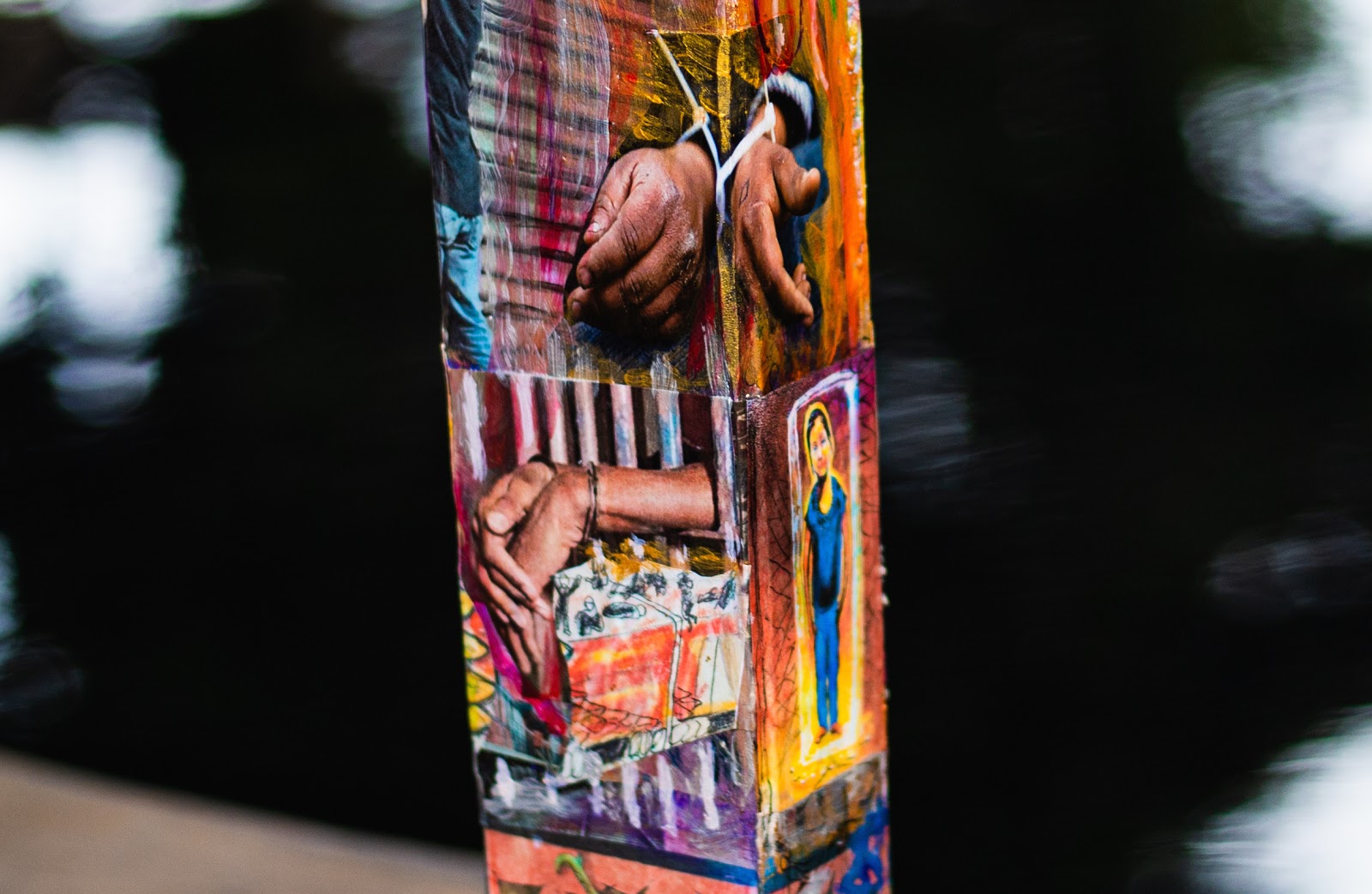 A series of hands are depicted on the pillars, illustrating the brutal treatment of families seeking safety by Border Agents. There is also a representation of Claudia Patricia Gomez Gonzalez, who was shot and killed by Border agents in Texas.

Here is the prototype as seen from the opposite side: 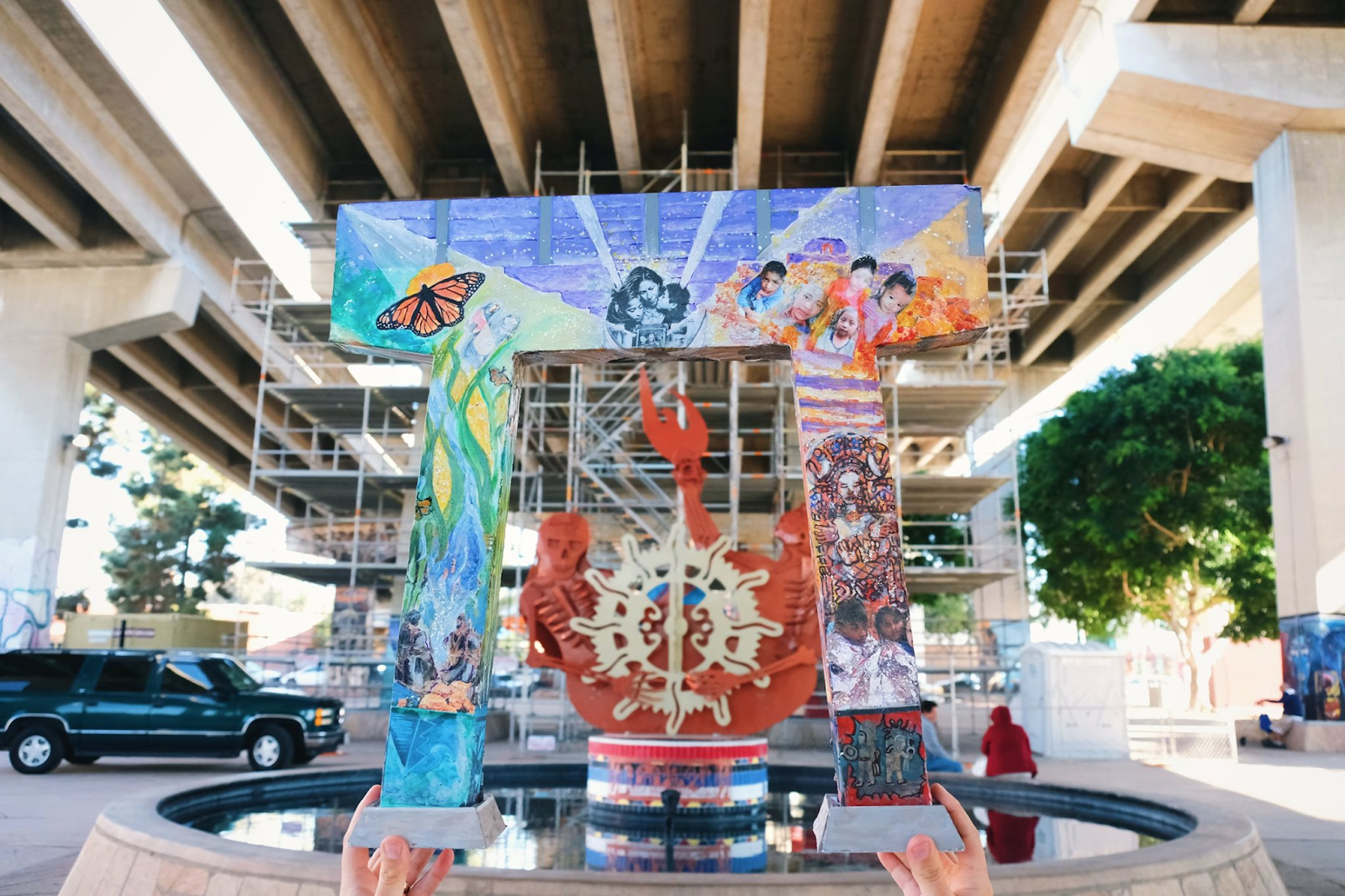 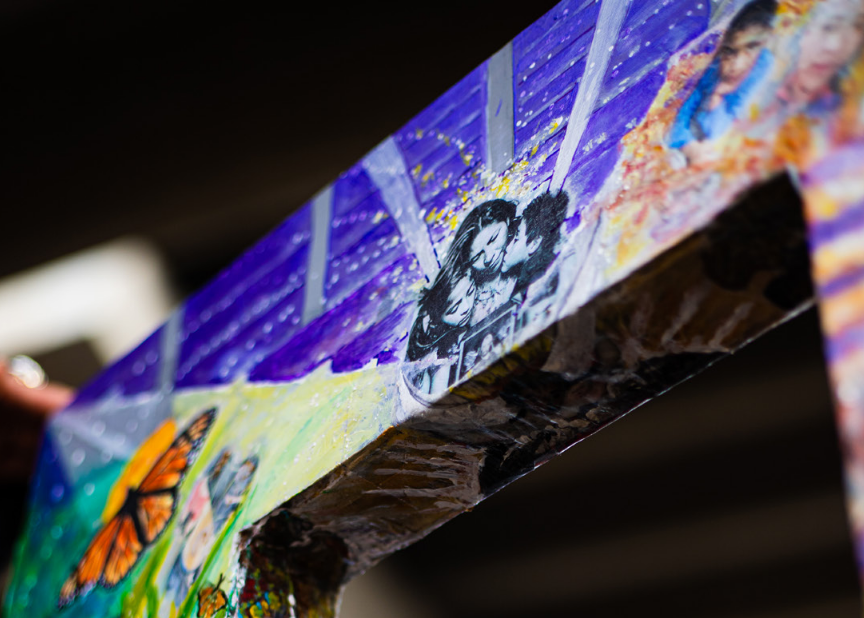 Featured prominently at the top is Maria Puga, Anastasio’s widow, and children in the center of the inverted pyramid. The pyramid represents the concept of Mictlan (the underworld). To the left is the Michoacán Monarch butterfly of migration. And the spirits in ascendance to the spirit world. 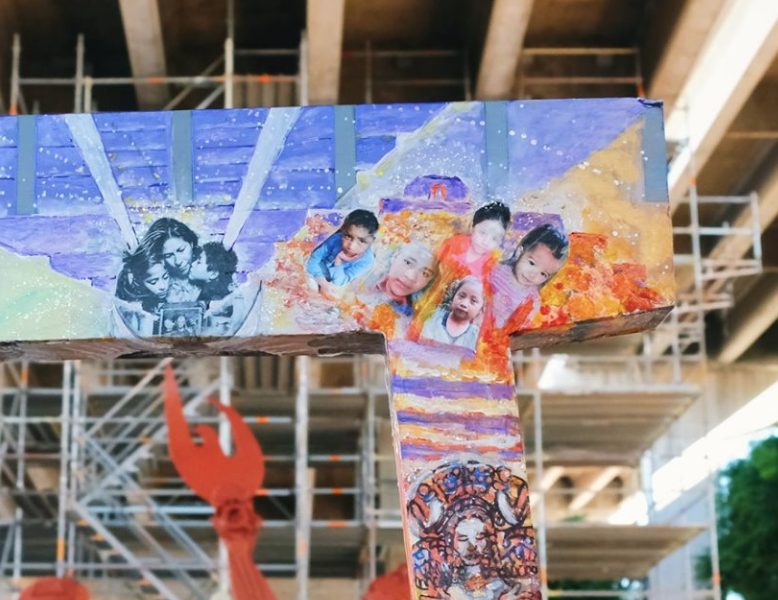 To the right are children who have died while in immigration incarceration, surrounded by Cempasuchil, or marigolds. The marigolds represent the fragility of life in Mexican culture.